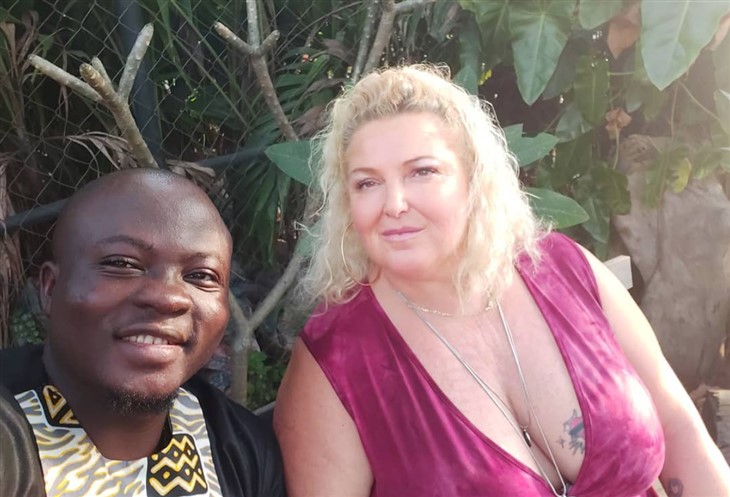 Despite being miles apart, the Nigerian “90 Day Fiancé” star Michael Ilesanmi shared a touching message on social media for the 56th birthday of his wife, Angela Deem.

Michael and Angela experienced a lot of arguments in their relationship during Season 6 of “90 Day Fiancé: Happily Ever After?” especially when the latter underwent a weight loss surgery, but the couple remained strong and tied a knot in Nigeria last January 2020.

Although they were already joined by sacred matrimony, they still encountered multiple fights along the way that led Angela to claim that her marriage with her Nigerian husband was invalid.

While fans are curious about the relationship status of the two, Angela recently went live on TikTok with Michael. Even if Michael was still in Nigeria, they danced together on-screen to entertain their viewers.

On Angela’s 56th birthday, Michael posted a birthday greeting for his wife using Angela Deem’s Instagram account, and fans knew it was because of her that Michael can’t have his own IG account. He captioned: “I’m sending this loving birthday greeting to my darling wife. I’m sorry I can’t be there with you to celebrate, but just know I’m counting down the minutes until I can. Happy birthday, Love!”

Despite being cold towards each other, Angela seemed to have warmed up with Michael’s mom as seen in a separate post where Angela shared a screenshot photo of them in a video call: “So thankful for my MOTHER-IN-LAW WHO ALWAYS HAS MY BACK… LOVE YOU SO MUCH.”

However, some fans are still doubtful about the actual status between Michael and Angela and even accused the latter that she was the one who posted the birthday greeting just to show that they are all on good terms. Michael being in Nigeria, fans continue to wonder if the two are still on as a couple.

The recently divorced Nigerian rapper, Usman “Sojaboy” Umar was back on “90 Day” with his new girlfriend Kimberly and shared how his new love differed from his co-stars Angela Deem and his ex-wife, Lisa Hamme.

Sojaboy called it quits with Lisa when fights were already uncontrollable and when the latter accused him of cheating. He also encountered an argument with Angela Deem who claimed that Usman cannot sing and just destroyed the reputation of the Nigerian people.

During his interview with ET, when asked about his new love if she has a temper like Lisa and Angela, Usman answered: “Oh my god, Kimberly is nothing like that. She is a different person, I’m telling you.” He also expressed how he is so in love with Kim that he chose her over the million fangirls who messaged him on social media.

However, fans claimed that the new love was just Lisa 2.0 when they saw the teaser that Kimberly was throwing a drink towards his face.