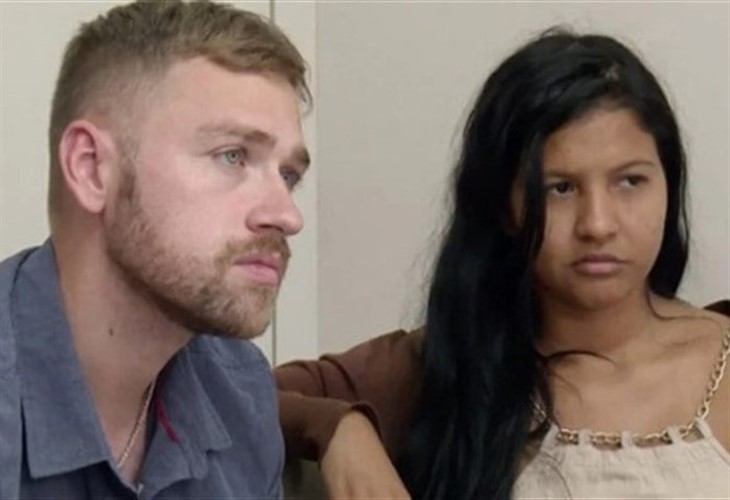 90 Day Fiance spoilers reveal that Paul and Karine Staehle have made a dirty tape for their fans. It leaked from their OnlyFans account and this has really put them in hot water this week. OnlyFans is a place that is made for showing off more of your body, but when it gets leaked, this could be a bad sign for the couple.

OnlyFans subscribers pay to see content that most fans don’t see on other social media platforms. Paul and Karine decided that they would put a sex tape on their account and it looks like they were selling it for $100 a pop. There have been a few questions about the tape though. After the leak, many internet sleuths started to break it down and they don’t think it’s even Paul and Karine!

Many 90 Day Fiance viewers think that this tape was just a publicity stunt that the couple came up with. Remember when they went Live on Instagram for their public break up? This is right up their alley, so we could see them doing something like this. There are a lot of discrepancies in the video and of what Karine looks like now.

Could This Be An Old Tape?

Many fans think that the woman in the video is not Karine because she has bad acne and she doesn’t have any blue in her hair the way that Karine does now. There are other fans that think this video could have been from before Karine got pregnant because she just recently had their second child.

It doesn’t seem that Paul and Karine have been fired from TLC, but if this is really them in the tape, they better be careful that TLC doesn’t find out about it. We all know what happened when Larissa dos Santos Lima went Live on CamSoda. They axed her right away for not following their moral code.

The Bold And The Beautiful Spoilers: The Logan Sisters Get A Special Request