GH Spoilers: The Scorpios Come Together As Robert’s Cancer Returns 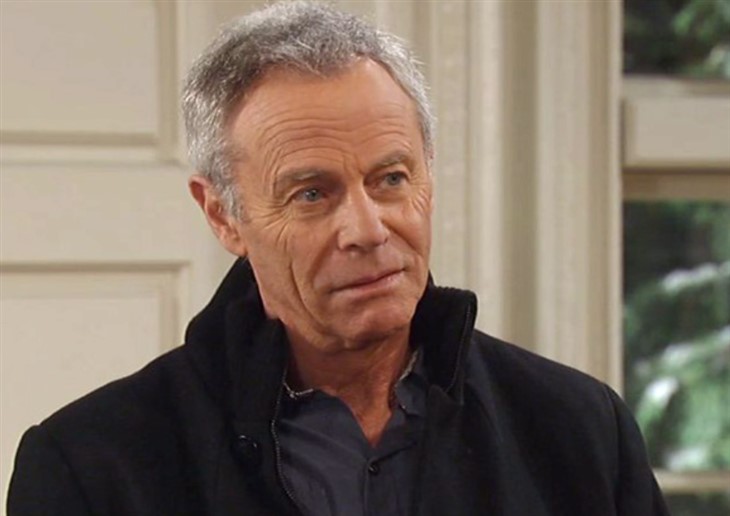 General Hospital (GH) spoilers tease that the Scorpio family will come together in future episodes of General Hospital when Robert Scorpio’s (Tristan Rogers) cancer returns and he goes under the knife!

Longtime General Hospital viewers who had access to SoapNet on their cable systems may have watched the General Hospital spinoff “Night Shift”. In October 2008, Robert Scorpio faced an enemy he couldn’t take down on his own; colon cancer! Robert had been found after narrowly escaping a plane crash near Port Charles. Jagger Cates (Antonio Sabato, Jr.) had rescued Robert and brought him to General Hospital, where Dr. Patrick Drake (Jason Thompson) did some tests and found a brain tumor.

After the brain tumor was found Patrick ordered an additional MRI and other oncology tests and found that Robert also had colon cancer, and the brain tumor had spread from his colon. Robert slipped into a coma before he made it through alive after surgeries to remove the tumors and he experienced dreams of himself, Anna Devane, (Finola Hughes) their daughter Robin Scorpio, (Kimberly McCullough) Luke Spencer, (Anthony Geary) Sean Donely (John Reilly) and Tiffany Donely (Sharon Wyatt) in the old days in the 1980s. He came out of the coma on October 14, 2008 and left for further treatment in Europe, not returning to Port Charles again until 2012, and has appeared in a recurring manner ever since.

One question that General Hospital viewers are bound to have is whether Robin Scorpio-Drake will return with her father again in dire straits. It is certainly possible, with her last appearance having been several months ago in the episode honoring their old friend Sean Donely. General Hospital viewers will recall that Anna had obtained the formula for the antidote for a toxin that Cesar Faison (Anders Hove) from Sean and Tiffany’s daughter Annie Donely (Caitlin Reilly) that was instrumental in saving the life of Harrison Chase (Josh Swickard) in that episode.

Kimberly McCullough has reprised the role of Robin several times in the past few years, so it will be likely she will return for a brief arc although nothing has been announced. Robin was instrumental in saving her father’s life from cancer in 2008. Felicia Scorpio (Kristina Wagner) is returning to General Hospital, and although she will be supporting her daughter Maxie Jones (Kirsten Storms) in a different storyline, she will certainly be needed by Mac Scorpio (John J. York) as he deals with Robert’s illness.

General Hospital Spoilers – Will Robert’s Colon Cancer Recur, Or A Different Type Or Cancer At All?

While there is a possibility that Robert would need surgery for something other than his cancer recurring, such as a gunshot from Peter August (Wes Ramsey) it seems that cancer surgery may be much more of a serious and dramatic storyline for General Hospital viewers to watch. It definitely sounds like there will be a life and death situation for Robert, and with his advanced age it may make recovery much more difficult! But Robert is a tough old bird, as Luke might have put it, but it sounds like it may be touch and go in his surgery. Other General Hospital spoilers hint that Luke may have passed, and it would be very difficult for longtime General Hospital fans to deal with two deaths of General Hospital icons close together. It was hard enough losing the ones who were lost in 2021! Viewers can expect these storylines to run in 2022.