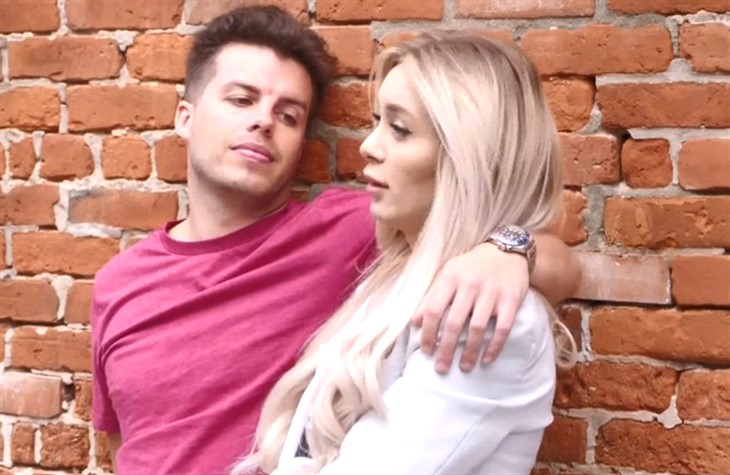 90 Day Fiancé stars Jovi Dufren and Yara Zaya evacuated to Dallas to escape Hurricane Ida. However, they have now returned home to see the damage and destruction caused by the storm. The disaster has affected everyone, including Jovi’s mom, Gwen. The hurricane had torn through New Orleans with 150-mph winds destroying everything in its path.

Fans will remember that Yara received a lot of criticism from fans for her luxury shopping spree in Dallas. Meanwhile in the city, the proud parents celebrated Mylah’s first birthday. However, when she, Jovi and Mylah arrived back home to New Orleans, they were stunned by the devastation caused by Hurricane Ida.

While they were away, Jovi’s mom, Gwen, was raising awareness to the devastation in New Orleans on Instagram. Fans are now hoping that Yara will help Gwen with her efforts. Gwen had started a GoFundMe campaign for relief efforts in the city and has raised $16,083 out of her $25,000 goal, which is good going.

Meanwhile, as Jovi and Yara arrived back in New Orleans, they found that more than 1 million residents were without electricity after Ida’s Sunday landfall. While updating fans on his Instagram Story, Jovi wrote, “We have made it home, we do have power, but limited connectivity,” adding, “So most importantly we have power for Mylah.”

Jovi also noted how “really bad” things were in the areas surrounding their home. He noted that it was a “crazy thing to see on the drive in,” adding that so many people are still without power, water or Internet. However, Dufren also noted that in the short time they have been home, they have seen so many people helping each other. Saying it was “amazing,” Jovi added that people have set up donation centers, while kids have been flagging down cars to get water and supplies.

Yara’s husband applauded everyone in New Orleans for their service to Hurricane Ida victims. He wrote, “It is absolutely incredible to see the people come together to get through this hard time.” More recently, Jovi has shared a series of video clips to his Instagram Story, revealing the devastating damage in the area.

Jovi wasn’t alone, as Yara also posted an image revealing the damage. She told her followers they she will post a YouTube video about the hurricane soon.

While Yara had previously complained about the long lines at Louis Vuitton in Dallas, upsetting her followers, fans are now showing concern for the family’s safety.

Currently, fans can watch season 3 of 90 Day Fiancé: The Other Way on TLC, Sunday at 8 pm ET/PT.