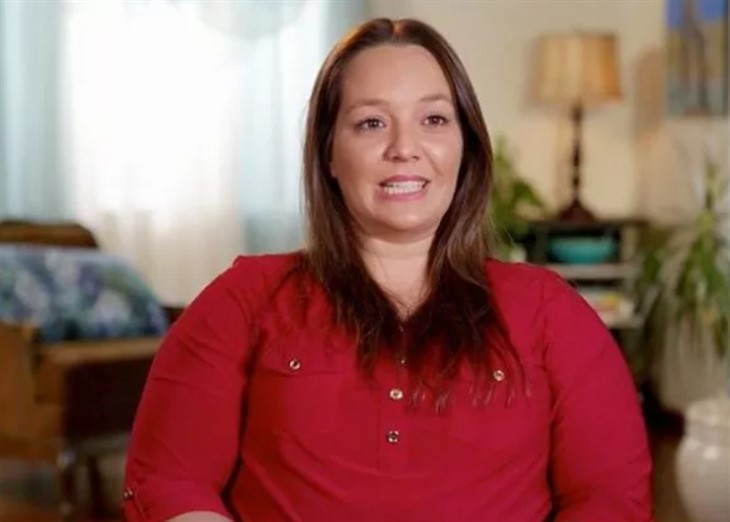 90 Day Fiance stars Rachel and Jon Walters featured on Before The 90 Days back in Season 2, 2018. They married, but fans don’t see them on the franchise these days, as he lives in the UK and can’t get a visa for the USA. Well, it seems very difficult for Rachel to live so far away from her husband, and now she shared some devastating news to take the joy out of Christmas.

Jesse Meester was unpopular when he first appeared in the franchise with Darcey Silva. Fans thought him way too domineering and harsh with his girl. Actually, although he’s not an American he repeatedly returns to the franchise. This month, a huge hint arrived that he and Jeniffer Tarazona may have married. Meanwhile, Jon doesn’t appear on TLC much and he doesn’t really have anything to celebrate. At one stage, Jon Walters seemed like the most unpopular cast member. Fans didn’t take to him. After all, he cussed a lot and often seemed abrupt and grumpy. Additionally, he came along with a criminal record from his college days.

90 Day Fiance star Rachel Walters can’t move to the UK as she has two daughters. One of them, a product of a prior relationship can’t be taken outside the country, because of custody issues. So, she lives thousands of miles away from her lover. They applied for a visa years ago for Jon to move to the USA, but he gets repeatedly rejected. In fact, they struggled but saved enough money for the application. The bad news arrived in August this year, that he went for an interview, and once again, he was rejected. Now, while they wait for the outcome of their appeal, more bad news went the way of Rachel.

Rachel Walters took to her Instagram on December 15 and shared her very sad news with TLC fans. Fans warmed to the couple over the years, as they watched their epic struggle to obtain a visa for Jon. So, she accumulated over 300K fans. Many of them reached out to her when they heard her sad news. Her photo showed Rachel next to her grandma’s hospital bed, and she might have been there when she passed away. Rachel said that her “sweet sweeet Grammy” was “92” years old and passed away after “a stroke.” Clearly, she loved her very deeply, and talked about calling “her all the time.” 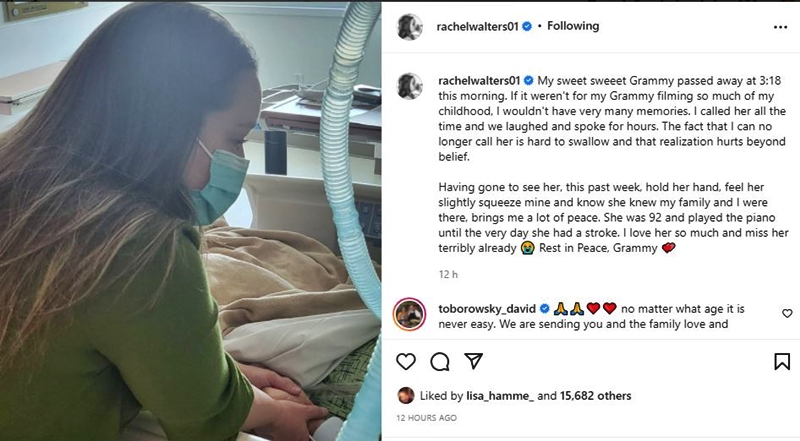 The 90 Day Fiance star added, “f it weren’t for my Grammy filming so much of my childhood, I wouldn’t have very many memories. I called her all the time and we laughed and spoke for hours. The fact that I can no longer call her is hard to swallow and that realization hurts beyond belief.” Additionally, she talked about how her grandma “played the piano until the very day she had a stroke. I love her so much and miss her terribly already 😭.”

90 Day Fiance star Rachel Walters received many supportive comments. One fan wrote, “Oh mama! My deepest condolences go out to you & your family. May God rest her soul. 🙌” Then another fan penned, “Sending you so much love 💜.” Many more comments arrive like this one: “Thoughts and prayers to you Rachel during this difficult time 🙏🏼❤️.”

Will Anna Duggar Get Conjugal Visits With Josh – What About The Victims?