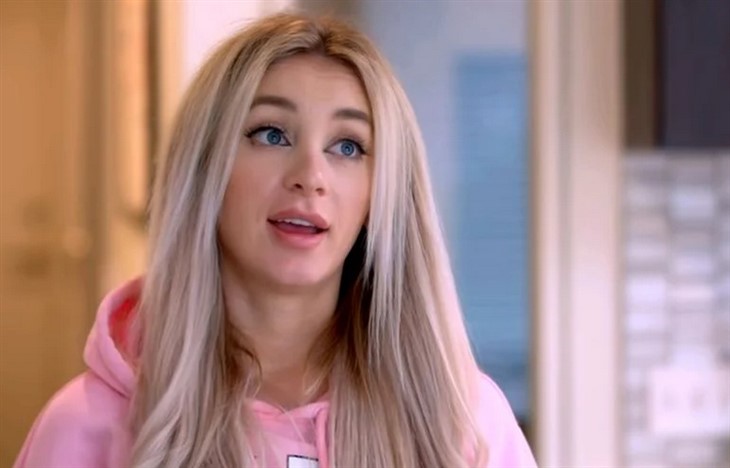 90 Day Fiancé spoilers and updates tease that Yara Zaya’s mom will never be on the show. The celebrity revealed the reason why she won’t be featured and that’s because Yara doesn’t want to expose her mom to online trolls.

The Ukrainian native, who was featured with her husband Jovi Dufren on 90 Day Fiancé season 8, addressed many of her fans’ requests to see her mother on the show. Viewers may recall that Yara got pregnant while preparing to get married to Jovi in Las Vegas. They welcomed their daughter, Mylah, toward the end of season 8.

The couple, along with their 10-month old baby, is featured on 90 Day Fiancé: Happily Ever After? season 6. Mylah is growing fast but she still hasn’t met her grandmother. Yara was unable to return to Ukraine because of the pandemic. But she and Jovi plan to visit Yara’s mom once the travel restrictions are lifted.

During an Instagram Q&A session, a fan asked Yara if her mom, Olga, can visit the US instead. The reality TV star revealed that her mother will visit her soon but would never be on the show. She doesn’t want to expose her mother to the rudeness of some people. She’s worried that if her mom appears on the show, some viewers may write awful things about her and Yara doesn’t want her mom to read such horrible messages.

She explained that her mother has a heart problem, which is one of the reasons why she’s protective of her. She doesn’t want her to have a heart attack or suffer some serious medical problem because of the comments from online trolls. If viewers really want to see her mother on screen, they can check out an episode of Yara’s Ukrainian dating show, where her mother made a cameo.

Many fans were shocked by Yara’s before-and-after pictures and dubbed her as a shapeshifter. She admitted to getting plastic surgery and some of her followers advised her not to become one of the “blow-up dolls” like Darcey Silva or Larissa Lima. Another viewer even shared some of Yara’s old photos on Instagram and captioned, “Introducing Yaroslava Zalohina in 2013. She’s a shapeshifter.”

Be sure to catch up on everything happening with 90 Day Fiancé right now. Come back here often for 90 Day Fiancé news and updates.