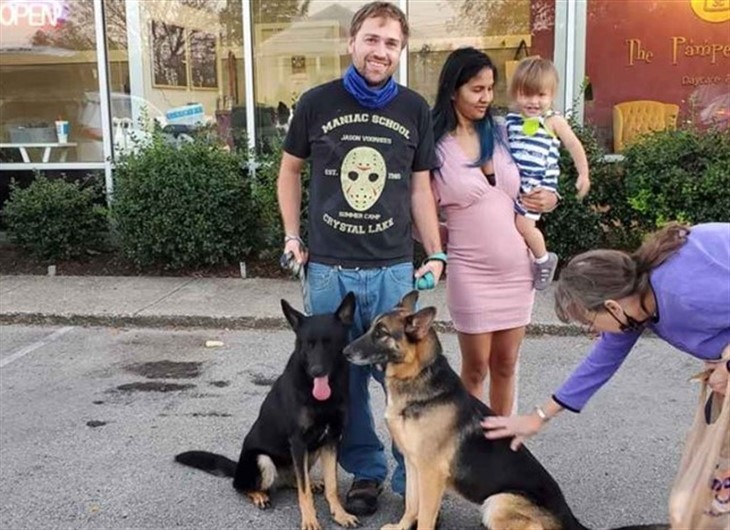 TLC’s “90 Day Fiancé-Happily Ever After” stars Paul and Karine Stahele have apparently worked out their marital problems and they are back together again. Paul recently shared a family photo to his Facebook page revealing Karine showing a baby bump and Pierre is now a toddler.

Paul, Karine, Pierre, Paul’s mother Mary Staehle, and their two dogs are standing in front of “The Pampered Pet” which is a doggie daycare and spa in Louisville, Kentucky where Paul comes from. Paul hasn’t been posting on his Instagram lately but has shown some action on Facebook.

The image was posted on October 14, and has posted several photos over the past few days, including one of himself standing in front of a UPS truck, with Pierre posing behind the wheel! UPS’s corporate headquarters is in Louisville KY, so perhaps Paul’s scored himself a job with UPS. They always have a big hiring spree towards Christmastime, their busiest season. Karine is dressed in a pretty peach dress showing her baby bump and holding Pierre. Now the “baby bump” has a name.

They are naming him Ethan. Mary, meanwhile, is making a fuss over the furbabies. This is good news for fans supporting the couple – after restraining orders against each other and divorce plans, it looks like they have reconciled. There is an odd video of Pierre, and one of Karine. Pierre appears to be on television in front of a raging forest fire, and the one of Karine shows her in front of the flames! These odd videos are on both Facebook and Twitter!

Karine and Paul each canceled their restraining orders in September and also canceled a court hearing for December 3rd that was to determine who would get custody of Pierre. According to “In Touch” a judge dismissed the emergency protective orders they had against each other. The dismissal was on September 16. On September 29, Paul posted a quote from “The Notebook”, a film released in 2004. 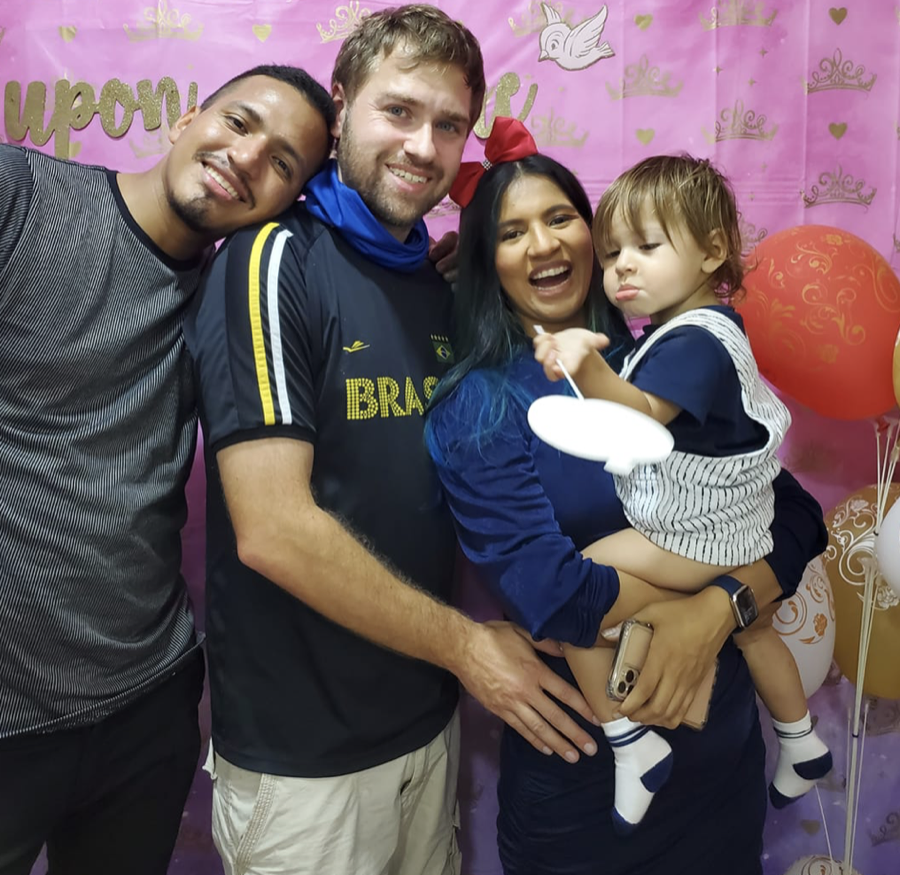 It was about fighting for love, and it didn’t take much detective work to come to the conclusion he was talking about himself and Karine’s relationship. He wrote it wasn’t going to be easy, and it would be really hard. He continued, writing that they would have to work at it every day, but he wanted to because he wanted her. He wrote he wanted all of her forever, him and her, every day.

Apparently, Karine was won back by his words, she’s obviously happy in the family photo posted. Fans were hoping they would be in the tell-all for Season Five, but host Shaun Robinson said they were not able to appear, and hoped they were doing well, along with wishing them the best. TLC’s website shows there will be a season six, although there is no information on the premiere date. Perhaps once the new season is in production and a premiere date is announced, fans will find out more about the couple and what happened.