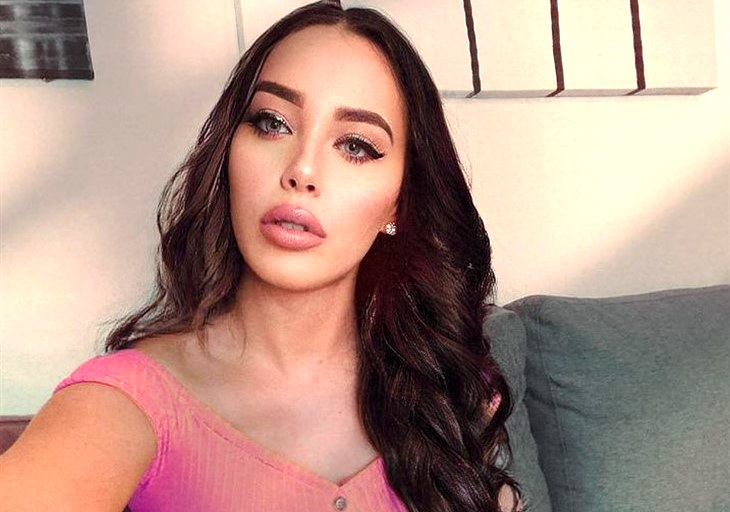 90 Day Fiance star Deavan Clegg has been criticized for her frequent changing of looks. Apparently, Deavan had several lip fillers. However, fans think that there’s even more to that.

Now, fans took Reddit to discuss how Deavan is starting to look old because of her excessive use of fillers. Meanwhile, Deavan continues to defend herself that fillers are the only thing that she had.

According to Reddit users, 90 Day Fiance star Deavan Clegg is starting to look old. Apparently, fans created a thread talking about how Deavan appears to be aging aggressively due to her fillers.
According to one Reddit user, lip fillers actually accentuate laugh lines. Some even think that Deavan’s lips look uneven. Another Reddit user also claimed that Deavan’s is “aging like crazy.”

Meanwhile, fans are advising Deavan to stop injecting her face with fillers as it won’t do anything good to her face. Some even think that she doesn’t need it at all. However, others think that she’s only dealing with stress and trauma, and having lip fillers will give her a huge boost.

Despite all the criticisms, 90 Day Fiance star Deavan Clegg continues to defend herself against her plastic surgery accusations. At one point, Deavan claimed that she only had lip fillers. However, fans have seen how Deavan wanted to improve some parts of her body.

At one point, Deavan took her adult-based social media account to ask her fans for donations as she’s planning to have breast enhancements. However, it’s been quite some time since fans last heard about her project.

Others also think that Deavan canceled her campaign after receiving tons of criticisms for asking for money. Meanwhile, some critics insist that Deavan had several plastic surgeries due to her sudden change of appearance compared to her TLC days with Jihoon Lee.

90 Day Fiance star Deavan Clegg continues to impress fans with her incredible photos on Instagram. However, she’s still receiving so much hate, especially for her heavily edited photos.

According to some, the photoshop on Deavan’s face is very noticeable in her red dress picture. Aside from that, fans also think that most of Deavan’s photos online are edited.

However, Deavan also defended herself and said that some of her photos really do require edits as it’s professionally taken.