90 Day Fiance: Deavan Clegg Shares Love For K-Pop As She Plans To Dye Her Hair 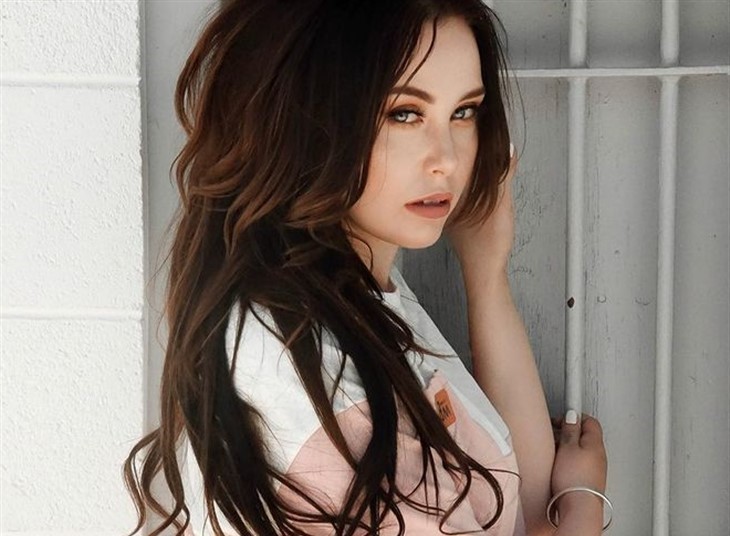 90 Day Fiance star Deavan Clegg is considered one of the most stylish stars in TLC. Apparently, Deavan loves to share pictures of her wearing trendy clothes. Deavan also made a trademark due to her rockstar-like appearance.

However, fans also think that Deavan has a habit of liking Korean cultures, especially their styles. It’s also believed that it’s one of the main reasons why Deavan easily fell in love with her now-ex-husband Jihoon Lee, and her current boyfriend, Topher Park.

In an Instagram stories post, 90 Day Fiance star Deavan Clegg shared a picture of two k-pop idols with the same orange hair dye. One from the left is Sana from the k-pop girl group, Twice. And on the left side, it’s Lisa from Blackpink.

Both idols are very popular for their hairstyles. It appears that Deavan is also into k-pop as well considering that her current boyfriend is also Korean. According to Deavan, she’s digging the orange hair because “it’s super cute.”

Due to this, fans can expect that Deavan might try to dye her hair similar to Sana and Lisa.

However, Deavan previously defended herself by saying that her edited photos are “professional photos” that do require editing and enhancing.

90 Day Fiance star Deavan Clegg recently took Instagram to share a clip of her looking glowing and healthy. According to Deavan, she’s been feeling better and healthier with her mental health and body.

Deavan also announced that she’s about to enter a full-time vlogging to keep in touch with the fans. Apparently, fans think that Deavan would never return to TLC after her feud with the network company.

At one point, Deavan claimed that the show portrayed her as a bad person including her daughter, Drasiclla. Deavan also called out TLC for faking scenarios to ruin someone else’s life.