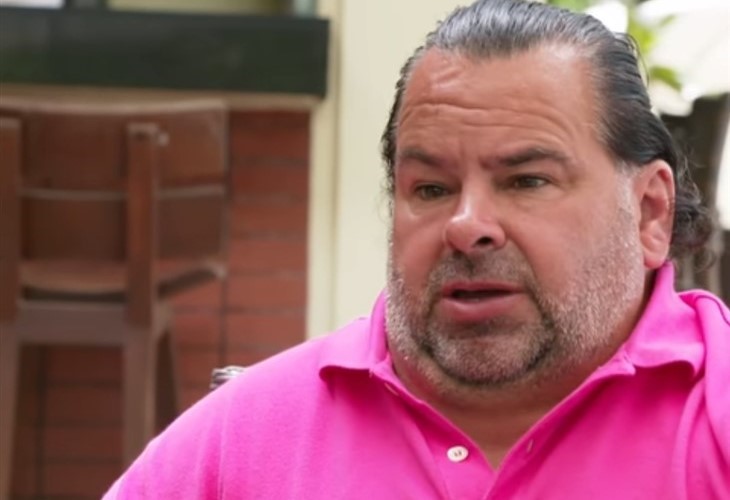 Readers will no doubt remember the viral TikTok “I like the view” trend. Well, 90 Day Fiancé star Big Ed Brown has posted two recreations of that trend with an Instagram video taken with his ex, Rose Vega. 90 Day Fiancé fans are mad at Brown, telling him to stop using his former girlfriend for Instagram fame.

When Big Ed Brown starred on 90 Day Fiancé: Before the 90 Days, he quickly attracted criticism for his treatment of his Filipina girlfriend, Rose Vega. From the start of their relationship, Brown lied to her and constantly humiliated her. Many fans of the show believed he was using Rose to get fame, while their relationship failed in the long run.

Since their appearance on the show, 90 Day Fiancé fans have applauded Rose for her beauty makeover and the fact that she has made a true success of her life. She went on to build a new home for herself, her son Prince and her father. Meanwhile, Big Ed has continued to be slammed by fans of the TLC reality show.

Now, since getting engaged to his latest girl Liz Woods and about to appear in season 2 of 90 Day: The Single Life, Big Ed can’t seem to drop the subject of Rose. He actually posted two versions of the “I like the view” video to Instagram, featuring different women posing as Rose, but here is one:

Fans were quick to comment, with one writing, “You have problems see a doctor asap.” Another fan ominously wrote, “My hate for you is ticking clock,” while another wrote, “omg just go away.” On the second video, a fan wrote, “Stop using her to get popularity!!!!” In another comment, a follower wrote, “Omg seriously? Still not even a little bit humorous.” Here is the second video:

Admittedly, some of his followers did show their support, but needless to say, negative comments were the trend.

Soon after season 1 of 90 Day: The Single Life, Liz Woods broke up with Big Ed. At the time, she shared a recording of a phone call, where Brown thoroughly insulted her. However, since then the couple has become engaged, but fans are asking how long it can last.

The TLC reality star will appear in Season 2 of 90 Day: The Single Life, while most fans hope that this will be the last they see of Big Ed Brown.

GH Spoilers: Alum Tyler Christopher Is Back In The Sunshine