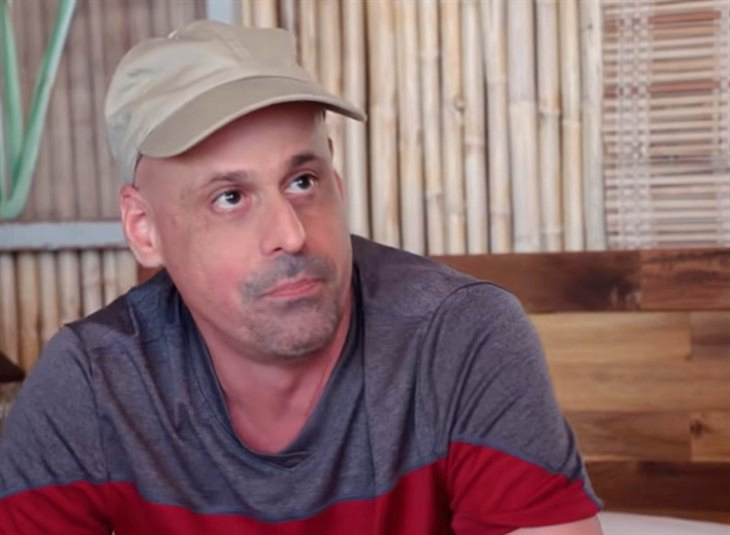 It is clear that relationships will be tested in season 5 of 90 Day Fiancé: Before the 90 Days. A new trailer has been released for the upcoming season, showing that the seven new couples won’t have things easy. Read on to find out more about the upcoming fifth season of the TLC reality show and watch the new teaser trailer.

As with previous seasons of the TLC reality show, season 5 follows the seven couples as they meet and get to know each other, prior to applying for K-1 visas. Each has met the other online through various methods and formed a tentative relationship. The new trailer reveals the drama and difficulties suffered by some of the cast members of the upcoming season.

While the upcoming new season features seven new couples, there is one familiar face that fans will instantly recognize. Following his divorce from Lisa Hamme, Nigerian musician Usman “SojaBoy” Umar is back with a vengeance and a new love in his life. However, it looks like his new relationship won’t be any easier than his previous experience with an older American woman.

Having split from Lisa, Usman, 32, is now pursuing a relationship with Kim, 50, but it is clear from the trailer that it isn’t all love and light. At one point in the trailer, Kim takes over during one of Usman’s film shoots, giving commands that the rapper just doesn’t appreciate. In his confessional, Sojaboy says, “I don’t really know what comes over Kimberly, but I will not stand for it.”

Meanwhile, later in the new trailer, Kim confronts him about why he doesn’t want to have sex with her. As he storms from the room, she says, “This is so f**king crazy, honestly.”

Ben is a former pastor from Michigan who has decided to broaden his horizons after years of strict religious restrictions. He flies to Peru to pursue what was previously an online relationship with Mahogany, but there are problems right from the start. As he arrives at the airport, he is shocked to find out that she isn’t waiting for him.

In the trailer, we see the 90 Day Fiancé: Before the 90 Days star climb into a taxi, saying “I feel foolish,” adding, “And it just really hurts.” It certainly isn’t a good start to the relationship, if Mahogany can’t even be bothered to meet Ben on arrival in her country.

In a previous trailer for season 5 of 90 Day Fiancé: Before the 90 Days, Memphis told Hamza that she would need a prenuptial agreement. He was totally against the idea, as no such thing exists in his native Tunisia.

The new clip reveals Hamza, using his phone to translate his words into English for Memphis, a Michigan native. He confesses that he isn’t sure he is ready to get married. In fact, he tells Memphis that he is afraid of her, which is not exactly a good basis for a life together. Hamza continues, telling her that he needs more time before getting married to her.

In another scene in the season 5 trailer, Jasmine asks Gino if he sent his former wife naked photos of her. While the teaser doesn’t reveal his response, it clearly upset the Panamanian native, who gets up and walks away. In his confessional, Gino says, “I really don’t know where go from here.”

Watch the teaser trailer for the new season of 90 Day Fiancé: Before the 90 Days here:

Readers can catch season 5 of 90 Day Fiancé: Before the 90 Days on Sunday, December 12, at 8 pm ET on TLC. The season will also be available for streaming via the discovery+ app.