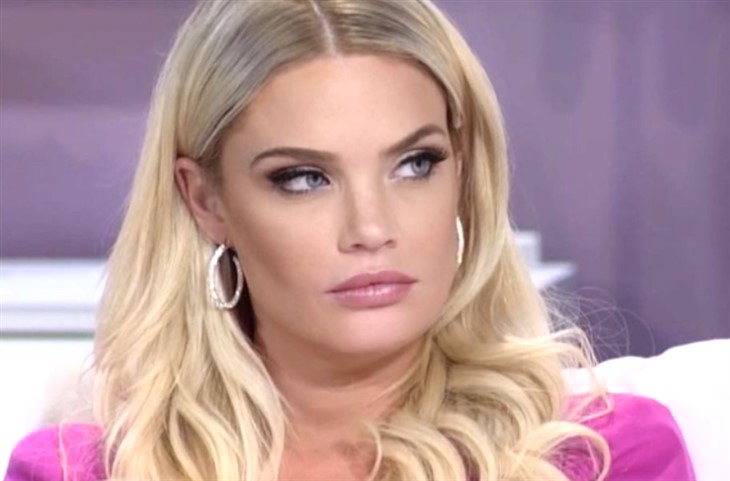 90 Day Fiance star Ashley Martson is now officially a business owner. The ex-wife of Jay Smith recently opened her own salon after months of preparation.

Ashley managed to get her business going despite the pandemic, which many find impressive. Now, the reality star is looking forward to bigger things ahead as she starts to fulfill her goals.

Ashley has been working on her latest venture for months, doing extensive preparations ahead of its grand opening. The reality star even took classes in order to master hair and makeup.

Now, the 90 Day Fiance star is all set to begin her salon journey. Ashley has been sharing photos and videos of herself being a hands-on owner of the establishment.

Ashley proudly added that her salon currently has “9 chairs, 4 shampoo bowls, and a facial room/waxing room.” She’s hoping to add more in the future.

This isn’t the first business venture for Ashley Martson. The reality star also has her own lipstick line called Pout, which seems to be doing okay.

Meanwhile, Jay Smith made sure to congratulate Ashley Martson on her latest achievement. The 90 Day Fiance star took to his Instagram and sent a congratulatory message for his ex-wife.

Jay shared a photo of his hand holding a wine bottle. He captioned it with a simple “congrats” and tagged Ashley. But something else caught Ashley’s attention — Jay’s wrist tattoo. 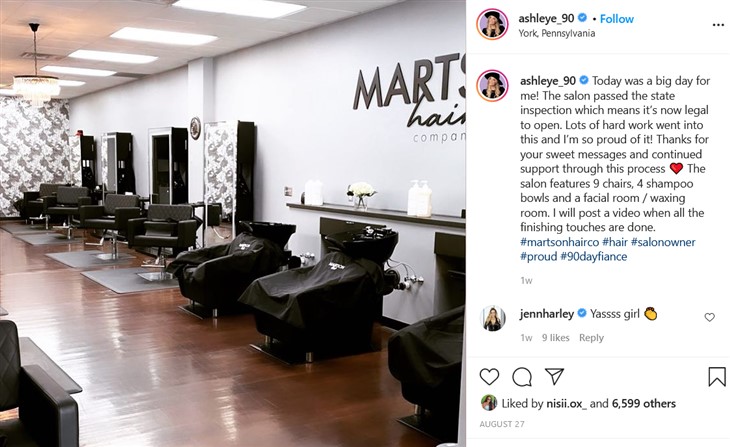 Ashley spotted her name still etched on Jay’s wrist, which seemingly surprised her. “Thanks for the wine,” she responded to Jay’s post. “I see you’re still rocking my name on your wrist.”

Jay quickly clapped back, responding in a rather sarcastic way. “Lol! Your name is a lesson and a reminder,” the 90 Day Fiance star wrote. “And the wrist hurt like hell.”

But Ashley is not letting him go quite easily. The reality star came up with her own sassy response.

“A lesson that you once married the most amazing woman in the world,” Ashley responded. “A reminder that you’re still in love with me. Got it.”