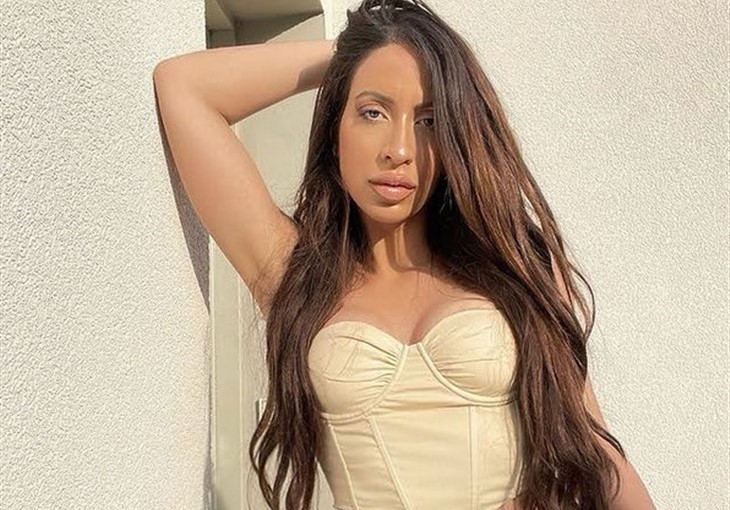 90 Day Fiancé spoilers and updates tease that Amira Lollysa has had enough of the plastic surgery rumors about her. The reality star addressed the speculations after her new picture circulated online.

After seeing her recent photo, fans assumed that the 28-year-old celebrity had her breasts enhanced. They also noted that her lips looked bigger than usual and she’s skinnier than before. Lollysa responded immediately and said that women are beautiful regardless if they had surgery or not.

TLC 90 Day Fiancé Spoilers – Before And After Photos

Some fans compared her recent photos with some of her snaps in the past. There were viewers who said she’s a “blowup doll” and many of them believed that she got fillers to make her lip look puffier. Others reacted to her current skinny figure. Some viewers were concerned that she’s dangerously skinny. There were fans who assumed that she’s starving herself to lose weight and become an Instagram model.

Lollysa has posted photos of her flaunting her skinnier figure. In one of her photos, she wore black leggings and a grey colored t-shirt, which she pulled up to show offer her skinny belly. The photo showed her ab crack, which according to experts is dangerous and unhealthy. Her lips also looked puffier than before and she now has a more prominent jawline.

The French-Egyptian lady denied the plastic surgery rumors in one of her Instagram Stories. She said she didn’t have breast augmentation and that she’s got nothing to hide. But some of the show’s viewers don’t believe that she’s telling the truth.

One fan said, “And she didn’t get a lip job either. I don’t get why people have to lie.” Another one chimed in and said, “Yeah if you say so.” While others labeled her as anorexic, others expressed their concern for Lollysa. They asked if she’s ok and why does her face look bruised.

Lollysa isn’t the only one who got this kind of reaction from their fans. Another 90 Day Fiance star, Julia Trubkina, also had to deal with plastic surgery rumors after she posted a photo where she can be seen as having bigger cleavage than usual. The Russian native denied that she had surgery but many fans are not convinced that she’s telling the truth.

Lollysa appeared on 90 Day Fiance Season 8 where she got featured together with her now ex-boyfriend, Andrew Keaton. Amira and Andrew met online. They finally met face to face and got engaged when Amira came to Los Angeles. Unfortunately, the pair’s romantic relationship didn’t last long as they both found out that they want different things for their future.