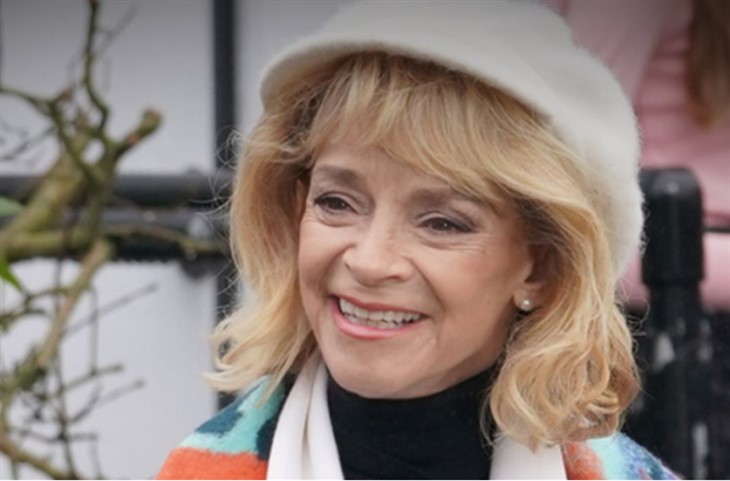 On EastEnders, Billy Mitchell may soon find a new romantic partner as the soap recently signed up “Only Fools and Horses” actress Sue Holderness to join the show for a short gig. Fans can expect to see her in Albert Square as soon as next month.

Viewers know that Billy has been struggling emotionally after discovering that his ex-wife Honey Mitchell (Emma Barton) has a new man in her life, his surrogate son Jay Brown (Jamie Borthwick). Holderness’s character may just be what Billy needs to take his mind off Honey and Jay’s relationship.

Known as Marlene Boyes in her previous stint, Holderness will take on the role of Estelle on “EastEnders.” She’s set to appear in Walford in the coming weeks as she oversees the photoshoot that involves Billy and Honey’s daughter, Janet Mitchell (Grace). Fans will soon realize that some of the local residents aren’t as excited about Estelle’s presence as Billy seems to be.

The veteran actress shared feeling “ridiculously excited” and “very surreal to be popping into the actual fish and chip shop, Ruby’s club, The Queen Vic, and wandering around the iconic Albert Square.”

Fans are excited to know that Holderness is joining the cast of “EastEnders” as Billy’s love interest. But some of them want to see the actress reunite with her “Only Fools and Horses” husband, John Challis, who played Boycie.

A fan tweeted, “Can’t wait to see Marlene (Sue Holderness) in EastEnders. Please bring Boycie in as well.” Another one chimed in and said, “Imagine Boyce and Marlene reunited in EastEnders. Now that would be great to watch.” A third one asked if Boyce is joining since the soap needs “more mature decent actors.” Well, there’s no sign that Boycie will be visiting Albert Square anytime soon. But they can surely expect to see Holderness play the role of Estelle next month.