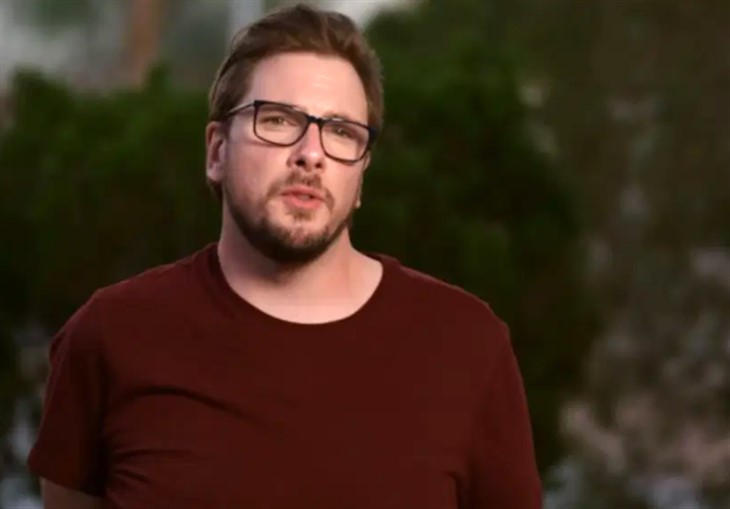 90 Day Fiancé star Colt Johnson is currently featuring with six other cast members on the discovery+ plus spinoff, 90 Day: The Single Life. As fans know, Colt’s love life has been controversial at best. However, his latest claim will shock fans, while maybe not really surprising them.

To quickly recap, when Colt Johnson first starred on 90 Day Fiancé, he was with Brazilian beauty Larissa Dos Santos Lima. The couple married but they ended up getting a nasty divorce. Once he was single again, Colt took up with another Brazilian beauty, Jess Caroline.

However, while they were dating, he was sexting other women and also slept with a family “friend” Vanessa Guerra. A jealous Jess angrily broke up with Colt and now he is back on the discovery+ spinoff, 90 Day: The Single Life. It turns out Jess is appearing too.

On the new series, Colt is looking for love, hopefully with the same friend, Vanessa. However, in a sneak peek into Sunday’s episode, Colt makes a shocking admission. In the teaser clip, Colt and Vanessa are meeting up with his ex-girlfriend Jess and her new husband, Brian Hanvey.

In the clip, Brian can be heard saying, “It’s a little weird you hit my wife up to hang out.” Weird it is, indeed! In a confessional, Jess tells the cameras that she was surprised that Colt had texted her. She says, “Colt is a trash man, of course, and he’s very manipulative, he’s a liar, he’s cheating and he’s very gas lighting.”

However, she continues, saying Colt wants to meet her and her husband to show how much he has changed. “So let’s see what Colt has to say to me,” she adds.

As fans know, Jess has a fiery temper to match her lovely red locks. She is definitely upset to hear his words. Jess tells Colt that she wants to understand what happened. However, she says she wants to listen to Vanessa first, because he lies too much and she can’t trust him. Jess turns to Vanessa, saying, “Tell me what happened.”

It turns out Colt’s history with Vanessa goes back way further than fans knew. In fact, Vanessa says she has known Colt since he first starred on 90 Day Fiancé. This was when he brought Larissa to the US from Brazil on a K-1 visa. As mentioned, Colt and Larissa divorced before he met and started dating Jess.

Vanessa says she and Colt started talking while he was with Larissa and they eventually met up in person. She says that, at the time, she just liked talking to him. Vanessa didn’t really want to jump into a relationship. In fact, she started dating someone else and Colt got angry that she was sleeping with another man.

At this point of the conversation, Colt interrupts, saying, “So I slept with you,” and Vanessa adds, “To piss me off.”

Readers can catch the full teaser on People’s website and watch the upcoming episode of 90 Day: The Single Life on discovery+ on Sunday.