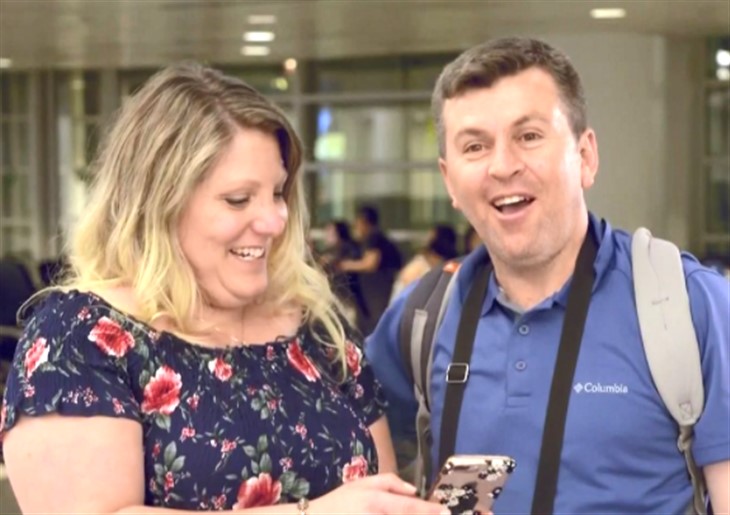 90 Day Fiance spoilers revealed that Anna Campisi and Mursel went through a rough time at one stage. They actually split. Nevertheless, he returned to her and they married. These days, their relationship looks like a match made in heaven, despite their initial reservations on the TLC show. Now, they seem really excited as they travel to Turkey, his home country, for the first time since they married.

When Mursel and Anna first got together, they seemed very incompatible. He could barely speak English. And fans noticed that the translation App seemed useless. MInd you, some people believed it was all scripted. After all, he studied in the USA. With Anna not speaking Turkish, lots of bad moments arose. However, the worst moment came when Mursel confessed that he couldn’t or wouldn’t tell his parents that she already raised some kids.

They seemed to bond only over their interest in beekeeping. However, 90 Day Fiance spoilers later revealed that after he went back to Istanbul, he later returned. And they married very quickly after that. The most recent news about the couple emerged in mid-March. After the recent banning of some of the Dr. Suess books, Anna shared a photo of her son Leo wearing a Dr. Seuss Lorax T-shirt. That caused some backlash from TLC fans, However, she put that behind her as she and Mursel set off for Turkey.

The 90 Day Fiance spoiler that Anna dropped on Thursday this week, showed her with Mursel inside a plane. They both wore their masks which seemed sensible. And in her caption, she talked about their “first trip back since getting married!” She also spoke about their excitement. Well, as you can imagine, not all of her TLC followers felt super-excited about her traveling during the coronavirus pandemic.

One fan said, “Be careful the rates of COVID in turkey are getting higher now. Am surprised your travelling to be honest will you not have to quarantine while u are there? (sic).” Then, another critic asked said, “You are Traveling that far during the pandemic?” Several more fans reacted negatively to the 90 Day Fiance spoilers from Anna and Mursel. However, most people just wished them a safe and happy trip. Many of them wished they could risk a flight right now.

Anna also said in answer to one question, that the boys remain in the USA because of school. However, they hope they join them over there “in the summer”. Perhaps they stay with their grandmother for the time being.

Remember to check back with us often for more 90 Day Fiance spoilers, news and updates about Anna Campisi and her husband Mursel from Turkey.