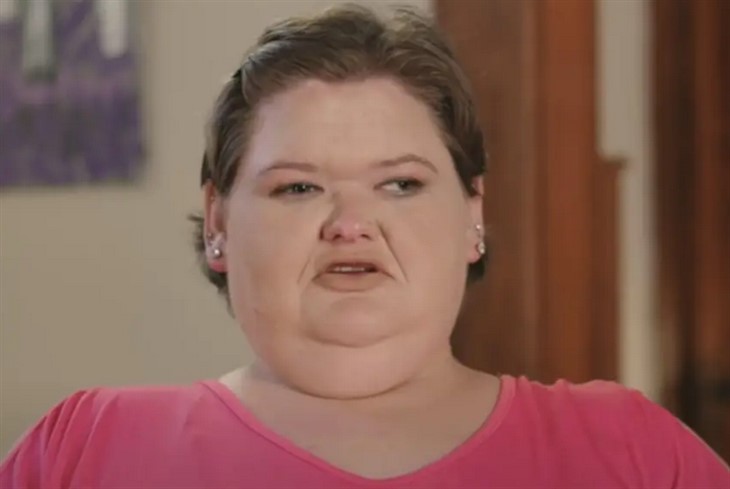 1000-LB Sisters fans know that Amy Halterman grows increasingly upset with her sister Tammy. Actually, she probably fears for her life as she puts on even more weight. In fact, it’s not beyond the bounds of possibility, that Tammy spends her last Christmas on Planet Earth. However, keeping things light during the Christmas season this year, she posted up about her son Gage.

Season 3 of the TLC show reveals that things between the two sisters deteriorate. Tammy seems obsessively jealous of Amy, fans think. Actually, they also believe that she resents baby Gage as he takes his mom’s attention off of her. Sometimes, Amy gives out some tough love to her sister, who recently weighed in heavier than she was back in the Season 1 premiere. At the time, the doctors told her she could die within five years if she doesn’t lose weight.

Just last week, in the run-up to Christmas, fans saw that 1000-LB Sisters star Amy fears that her son Gage might inherit the same issues with weight as she, her brother Chris, and Tammy suffer through. A teaser on December 18 revealed that Amy and her husband had a serious conversation about Gage. She seemed very concerned about Gage. In fact, she described his appetite by saying that he’s “like a bottomless pit sometimes.” In fact, it reminds her of her sister Tammy, who seems to eat compulsively. Well, on Christmas Eve, she shared a photo that brought along no worries, and just the simple joy of the season.

Monsters and Critics reminded TLC fans that Gage was born in November last year. So, it’s not his very first Christmas. But last year, he was way too small to understand anything going on. Actually, at 13 months old, he’s still a bit young, but he might enjoy the treats and presents. Amy took him along to meet Santa, and she shared the memory-worthy photo with her fans on Instagram. She captioned it with, “Happy Holidays.”

1000-LB Sisters fans took to the comments section to wish the family a “happy” time. One of them commented, “Aww he’s such a sweetheart ❤️ Happy Holidays!! 🎅 I hope you and your family have the most wonderful time! 🎄 Don’t forget to keep working on yourself and your goals, you can do anything you set your mind on❤️.” Then another fan wrote, “Gage is perfect, and you are going to be the best mother. ❤️Merry Christmas to you all!”

1000-LB Sisters  – What Did Tammy Slaton Post This Christmas?

1000-LB Sisters star Tammy posted up a photo on Christmas Eve. On her Instagram, fans immediately assumed that he’s yet another boyfriend. Actually, many fans hate that she seems more into worrying about boyfriends than losing weight. However, one fan told the others, that the guy is simply “a producer” with the TLC show.

Be sure to catch up on everything happening with the TLC cast right now. Come back here often for more 1000-LB Sisters spoilers, news, and updates.