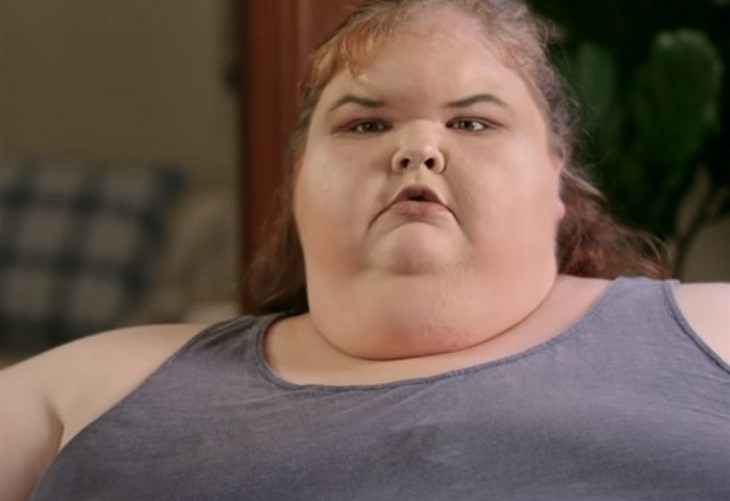 1000-Lb Sisters has turned into another TLC reality TV success story. And in the process, the network has transformed siblings Tammy Slaton and Amy Slaton Halterman into stars. Now in its third season, 1000-Lb Sisters already has fans eager for news of when TLC might air season 4!

Find out everything to know about the fourth season of 1000-Lb Sisters. And discover who else might star in future episodes below.

TLC has not yet renewed 1000-Lb Sisters for a fourth season, according to The List. And certain factors have caused fans to wonder about whether the network will indeed give Tammy Slaton and Amy Slaton Halterman a green light for future episodes. For instance, Amy already lost enough weight for weight loss surgery. With that goal achieved, will enough story lines exist to produce more episodes focusing on her?

As for Tammy, the 1000-Lb Sisters star continues to struggle to lose any weight. Her ongoing health concerns coupled with her weight gain rather than loss have made fans worry. “I don’t think that stuff is decided until the current season airs [and] they see how many views they get,” theorized one viewer. “I’d like to see it keep going, because I love garbage entertainment,” confessed another fan. “But it’s getting to a point that unless Tammy decides to do something with her life this season, there’s not much more story to tell.”

1000-Lb Sisters Spoilers: Who Would Star In Fourth Season?

On the hopeful side, Tammy and Amy both could provide fodder for a season four episodes. For instance, Tammy has made it clear that she wants to continue hunting for a boyfriend. Perhaps the 1000-Lb Sisters star could get professional help, with TLC filming sessions with a psychologist who could help Tammy understand why she seems so needy for male attention. And that expert also might assist the 1000-Lb Sisters star why it’s so critical for her to lose weight. Just check out that attempt at a weight loss wake-up call for Tammy in the video below!

And Amy also seems to offer possibilities for season four episodes. Previously, the 1000-Lb Sisters star has shared her longing for plastic surgery. That desire could turn into a story arch, showing what’s involved in getting all of Amy’s dream makeover achieved. In addition, fans love seeing photos of Amy’s adorable son Gage. A recent photo of the proud mom and son that the 1000-Lb Sisters star posted on her Instagram even got liked by TLC!

But Amy and Tammy do have others in their life. Chris Combs has become a fan favorite. And his desire to win his weight loss war could even turn into a key part of a fourth season. Amy’s husband Michael Halterman also has intrigued fans. More episodes featuring Michael with his son could enhance future episodes as well.

What do you think about the possibilities of a fourth season for 1000-Lb Sisters? Do you believe TLC will give the green light to future episodes featuring Amy Slaton Halterman and Tammy Slaton? Share your views with us. And then check back on our site for all the 1000-Lb Sisters news!