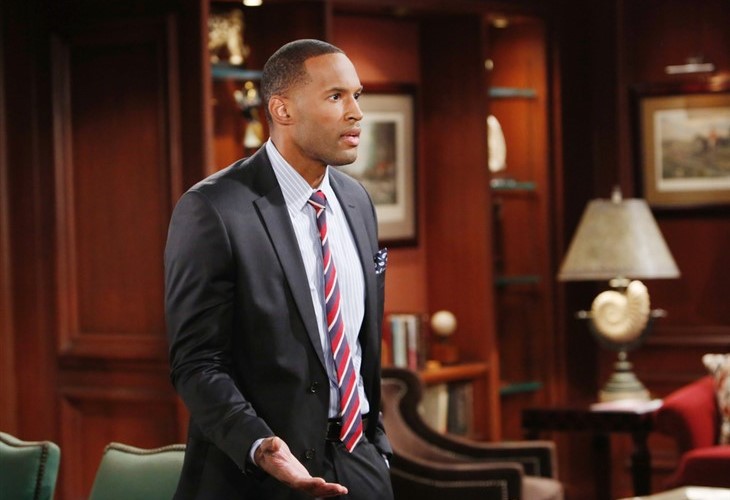 The Bold And The Beautiful Spoilers indicate that Carter Walton (Lawrence Saint-Victor) will tip-off Paris Buckingham (Diamond White) to a big surprise. Who is Carter trying to help?

The Bold And The Beautiful’s Zende Forrester’s Proposal

The Bold And The Beautiful spoilers say Zende has decided to make it official with Paris. Zende loves Paris and wants to get married. Unfortunately, Paris has no interest in settling down at the moment. Zende has no idea how Paris feels about this and will move full steam ahead having Quinn Forrester (Rena Sofer) fashion an engagement ring for her.

Once Carter gets wind of this from none other than Quinn, he will try to do damage control. Carter will give Paris a heads up on the proposal so she can let Zende down easily. However, Paris may choose to do things in a way neither man expects. Will Paris shock both of them with an announcement of her own? Are Carter and Zende ready to head what Paris has to say?

The Bold And The Beautiful’s Paris has confided in Carter that she doesn’t want a serious relationship right now. Unfortunately, Carter is afraid that Zende and Paris will end up in the same situation that he did with her sister Zoe Buckingham (ex-Kiara Barnes). Zoe broke Carter’s heart and he is trying to spare Zende. However, now that Carter and Zoe are friends, is protecting Zende all there is to the story? Could Carter be falling for Paris himself? Friendship often turns to love even if it is unrequited, will Paris break Carter’s heart as well?

The Bold And The Beautiful updates and spoilers confirm Paris has offered Carter a light in the dark and he doesn’t want to give that up. If Paris marries Zende it could put a damper on their friendship. Carter isn’t ready to let go of the woman who has brought light back into his life. Has Carter fallen for his friend? Carter has been burned twice recently and Paris is a breath of fresh air. Is Carter looking out for Zende or is he trying to hold onto the woman he may be falling for? Will Paris not break just one, but two hearts in the new year?

Spoilers suggest that Paris may have a surprise of her own. Is Paris about to move on to bigger and better things? Has Zende’s proposal made her so uncomfortable that she feels the need to leave Forrester?