1000 Lb Sisters Spoilers: Chris Combs Doesn’t Think He Will Be Around Long 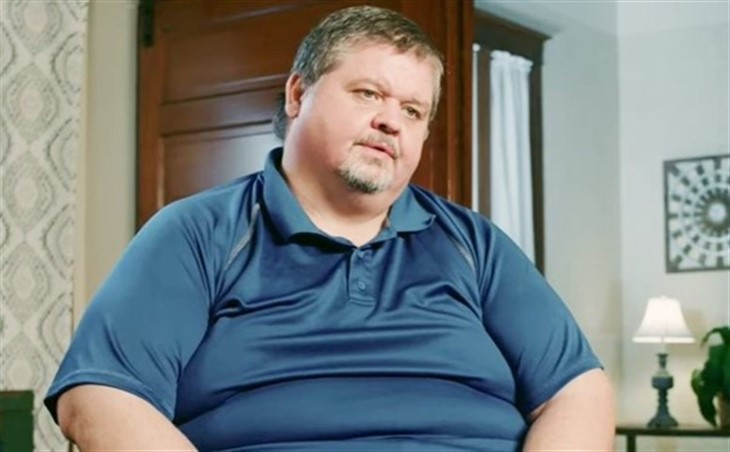 1000 Lb. Sisters Spoilers suggest that Chris Combs does not believe he will live much longer. Chris is quite a bit smaller than his sister Tammy Slaton, but his health may be much worse.

The 1000 Lb. Sisters star revealed that he gained back the 40 pounds he lost to have his weight loss surgery. Chris has to begin all over with his journey and hope that he manages to lose the weight because he feels he will die without surgery. Chris had a boil on his inner thigh that was the size of a small cantaloupe. While Chris was recuperating, he was pretty much bed-bound and lost what progress he had made.

Chris is going to have to lose what weight he has gained again before he can be approved for surgery. Will Chris manage to get approved again? Will Chris get his surgery before something goes wrong again? Chris truly wants to change but obviously has not had the willpower while he has been sick to do so. Will Chris get his act together?

1000 Lb. Sisters Amy Slaton sat down and talked to Chris about his weight loss issues. Amy has been where Chris is and knows that he needs to have this surgery to help him lose weight. Amy doesn’t want Chris to end up like their sister Tammy who weighs over 600 lbs. Amy has messed up a few times and needs just as much encouragement as anyone else. Can Amy be the support system that Chris needs to get through surgery and make it a success?

1000 Lb. Sisters’ Chris told viewers that this surgery could extend his life by 20 years. Chris truly believes that he won’t be around much longer if he doesn’t get his weight under control. Chris’ dad died at 57 years old. Chris said his dad weighed between 400 and 500 lbs. Chris does not want to suffer the same fate. Chris wants to be around for his children and his grandchildren. Previews indicate that Chris is taken into surgery but the doctor discovers that his liver is really large. Will Chris’ liver cause them to stop his surgery?

Chris has been under so much stress with his illness and Tammy’s decision to check herself out of food rehab. Can Chris let go of his sister’s drama enough to concentrate on himself? Will Chris finally get the surgery that can save his life?

Days Of Our Lives (DOOL) Spoilers: Kristen Threatens Gwen If She Doesn’t Help