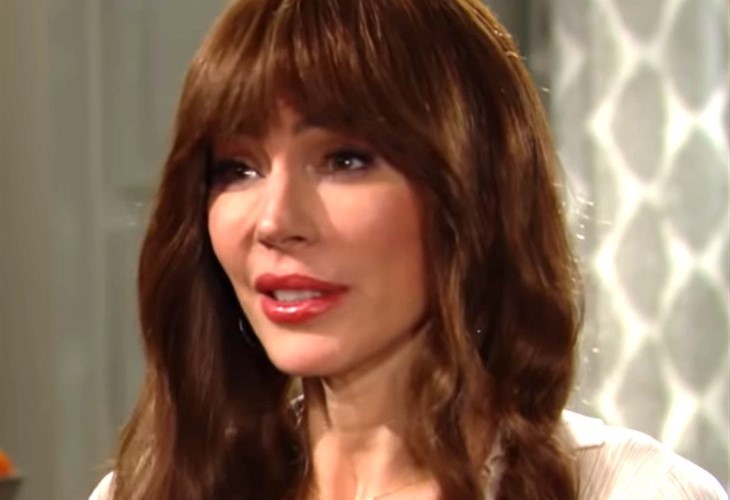 The Bold and The Beautiful spoilers tease that competition will be on Taylor Hayes’ (Krista Allen) and Brooke Forrester’s (Katherine Kelly Lang) minds as they try to get one step ahead of each other in an upcoming episode of the CBS soap opera!

The Bold And The Beautiful Spoilers – Taylor Hayes And Brooke Logan Consider Their Present, And Their Past Histories

The Bold and the Beautiful recaps prove Taylor and Brooke have a romantic rivalry over Ridge Forrester (Thorsten Kaye) going back literally years! The two women will consider their present, as well as their past histories to try and predict each other’s long term agendas, especially in relation to Ridge!

It went back to when Taylor was Caroline Spencer Forrester’s (Joanna Johnson) oncologist. Caroline was Dollar Bill Spencer’s (Don Diamont) sister. After she died, Ridge started dating Taylor, and it started one of the longest romantic rivalries in soap opera history, as viewers of The Bold and The Beautiful will recall.

B&B spoielrs and updates indicate Ridge waffled between Taylor and Brooke in a similar manner to which Liam Spencer (Scott Clifton) waffled between Steffy Forrester (Jacqueline Macinnes Wood) and Hope Logan (Annika Noelle). Longtime viewers of The Bold and The Beautiful will recall that while Ridge was with a woman he would remain faithful to whichever he was with at the time, whether it be Taylor or Brooke, but he didn’t want to let either one of them go completely!

Taylor and Brooke blamed each other, not Ridge, for his actions. Taylor and Brooke also each married Thorne Forrester (Ingo Rademacher) and Nick Marone (Jack Wagner). Taylor was also involved with Brooke’s father and brother, and her son Rick Forrester (Jacob Young). That is a very long history of the two women competing for the same men, and Taylor and Brooke will recall those competitions in upcoming episodes of The Bold and The Beautiful!

The Bold and The Beautiful fans will note that the “Bridge” may be ready to break again, and no one knows it better than Brooke, except maybe Taylor! Deacon Sharpe (Sean Kanan) has come back into Brooke’s life, to have a relationship with their daughter Hope, and it irks Ridge to no end!

According to The Bold and the Beautiful spoilers, Brooke and Taylor have been romantic rivals for so many years and over so many men, that they know the signs to watch for in each other’s behavior to predict what each other is after! Taylor will keep a close eye on Brooke and Deacon’s interactions when she can, as well as on Ridge’s responses to her and to the situation between Brooke and Deacon.

Viewers of The Bold and The Beautiful will also see Brooke keeping a close eye on Taylor, and how she and Ridge interact and their body language around each other. Taylor will also note the body language of Brooke and Deacon around each other. It will appear to both women that each of them has an agenda, and once again Ridge may not want to let either of them go – but this time, Brooke may be fed up with Ridge’s waffling and let him go! At least Deacon doesn’t waffle!