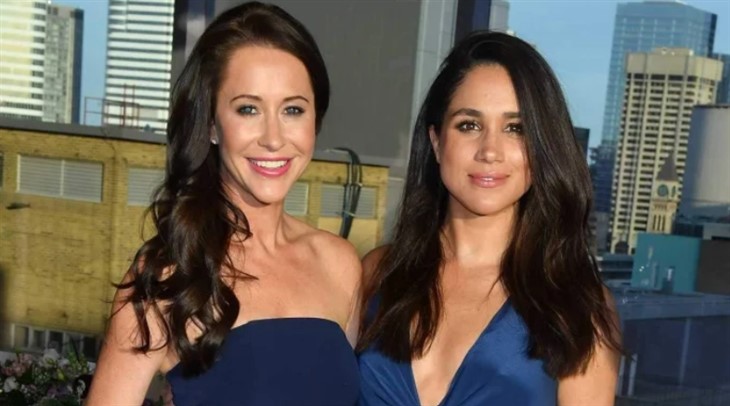 Could Meghan Markle’s reported shading of her former BFF Jessica Mulroney come back to bite her in you know what? It could if Mulroney plays tit for tat when it comes to Me-Gain’s Markle vs. Markle High Court battle coming to a small screen near you in 2021.

Key to the case is five of Meghan’s friends who spoke to People magazine, giving it information about a letter from Meghan to the father she no longer acknowledges.

Both the Daily Telegraph and E! have tagged Mulroney as one of Meghan’s Five Friends.

Is Jessica Mulroney One Of The Infamous Five Friends Who Spilled To People?

Mulroney has not confirmed that she was one of the peeps who tattled to People but if she is she could face being called to the High Court in London to testify that Meghan didn’t put her up to it.

Uh oh. There’s a couple of sticking points here. One is she would have to say that under oath and second, Meghan is allegedly not acknowledging her anymore—are you sensing a kick ‘em to the curb pattern when Meghan doesn’t get what she wants?

Did Meghan Abandon Jessica Due To Her Social Media Row?

Long story short, when Mulroney recently was accused of racism she pointed to her friendship with Meghan as proof she was not. Mulroney apologized for her part in the spat. Meghan didn’t like it apparently, and there are reports that Mulroney is no longer one of the inner circle. Following the public row, Meghan’s PR team was sure to tell reporters that their client was “mortified” by Mulroney’s behavior and that she, “could no longer be associated with her.”

That’s funny because in her latest video speaking to Commonwealth youth leaders, she claims that all one needs to do is apologize for mistakes and all is forgiven. Hypocritical much, Meghan?

What happened to that hopey, changey, smiley Meghan who said in the video that acknowledging a mistake makes it all better?

Media lawyer Mark Stephens told MailOnline that if Mulroney is one of the Five Friends, Markle, and her legal team are likely concerned that she could refuse to testify.

“If Ms. Mulroney is one of Meghan’s five friends,” he said, “then she will be a critical key witness in the case being advanced to trial. She will have to testify that even though the letter sent to Thomas Markle contained highly personal information she took it upon herself to brief People Magazine without Meghan knowing anything about it. All five will have to confirm that in court – and without it Meghan’s case is holed below the waterline.”