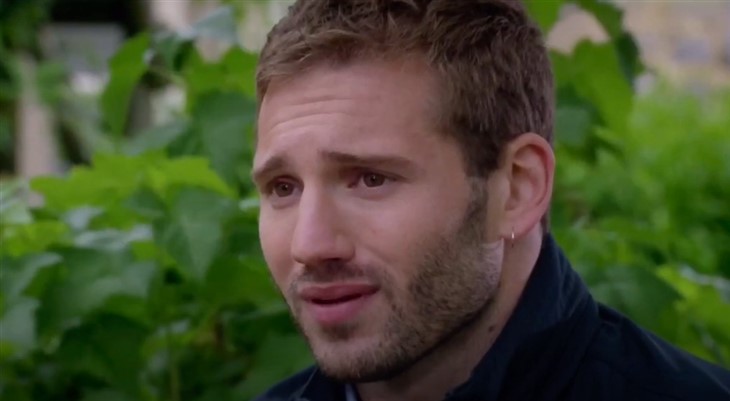 ITV Emmerdale spoilers and updates for the week of July 13 reveal that Jamie Tate (Alexander Lincoln) will be horrified by what he’s done. Belle Dingle (Eden Taylor-Draper) is left baffled and heartbroken. Cain Dingle (Jeff Hordley) is furious as he learns who threatened Moira Dingle (Natalie J. Robb). Meanwhile, Andrea Tate (Anna Nightingale) begins the next phase of her plan.

In Monday’s episode, it is the aftermath of Jamie hitting Moira in his car. Andrea tries to convince him that he must have hit an animal on the road. However, Lydia Dingle (Karen Blick) informs them that Moira has been the victim of a hit and run. While Andrea tells Jamie to act normal, he is freaking out.

Emmerdale spoilers reveal that Belle will start beating on the Home Farm door and demand to see Jamie. However, Andrea comes to the door and tells her that Jamie is no longer interested in her. Eventually, Belle leaves heartbroken and confused. By the time Friday rolls around, any hope that Belle had is crushed.

On Wednesday, Andrea tries to win back Jamie by planning a date night. However, she doesn’t react well when Jamie once again tells her that he doesn’t love her. He wants to be with Belle. Andrea issues a threat and tells Jamie that if he leaves her, then she will tell the police what he did to Moira.

Emmerdale spoilers reveal that Cain secretly stays at the hospital to keep an eye on Moira. It is suggested that he will also find out about Malone’s threats. What will he do once he learns that Malone has been threatening his ex-wife, the woman he still loves?

Harriet Finch (Katherine Dow Blyton) assumes that Mark Malone (Mark Womack) was responsible for hitting Moira. However, he insists on not having anything to do with her accident.

Also, Cain overhears Nate Robinson (Jurell Carter) and Rhona Goskirk (Zoe Henry) about their deal. Cain warns them not to let Moira know about their arrangement. Kim Tate (Claire King) believes that a pact is an act of revenge on her, despite the two saying that had nothing to do with it. Kim issues a dire threat and threatens to bankrupt them. Will Rhona eventually be forced to tell Moira what she has done?

#Emmerdale Spoilers: Twist In Hit and Run – If Not Malone, Then Who Tries Killing Moira? https://t.co/NFzJOwbHiu

Which storyline are you most interested in during the week of July 13? What do you predict is going to happen with your favorite characters?