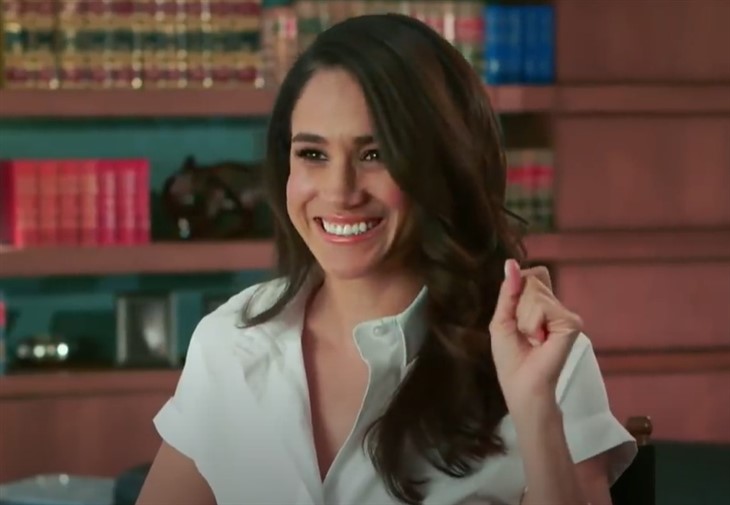 British Royal family news reveals was Meghan’s ego the reason Cinderella couldn’t tolerate life at the palace? According to one royal biographer, both Meghan and United Kingdom The Firm bear responsibility for the demise of their tenuous union which culminated in the ultimate royal divorce, Megxit-style.

Robert Lacey wrote Battle of Brothers, a book about the reported tension between Princes William and Harry but his book delves into so much more than the brotherly beef. He also skewers anyone worthy of it and Meghan’s name comes up a lot.

Lacey went on Good Morning Britain and spilled the Early Gray to Piers Morgan about the disastrous time that Prince Harry and Meghan endured in the UK before fleeing for their, “financial freedom.”

Was Meghan Markle A Huge Problem For The Royal Family From The Get-Go?

Lacey wasted no time telling Morgan that Meghan was a thorn in the family’s side. He remarked, “Meghan was a massive problem for the Royal Family … It’s easy to be wise after the event. Here’s a self-made woman … Whatever you think of how you made her rep,” he said with a dismissive wave of his hand.

He elaborated on his point of view saying, “A self-made millionairess, the only one in the Royal Family who’s made her own money, created her own celebrity and not inherited it.”

He does have a point there. If one thing can be said for Meghan, she worked her assets off to rise to the top of the B-list ranks. Among her, more notable achievements are being the Briefcase Girl on a game show and then landing up in a cable series.

Lacey goes on to give William credit for his now-infamous comment to Harry about the wisdom of taking time to get to know Ms. Markle. He says that, “Bringing her into the family was an enormous challenge,” and that, “William was right.”

He added that Meghan, “wasn’t made to feel important enough and they are now where they want to be.”

Which is back in the bright lights of Southern California where they have just been handed an epic production deal with Netflix. While they insist that they will concentrate on producing “worthwhile” content, others are not so sure. It’s been rumored that they are set to launch a reality show about their lives, a notion they have poo-pooed as beneath them. Maybe they like the term docudrama instead?