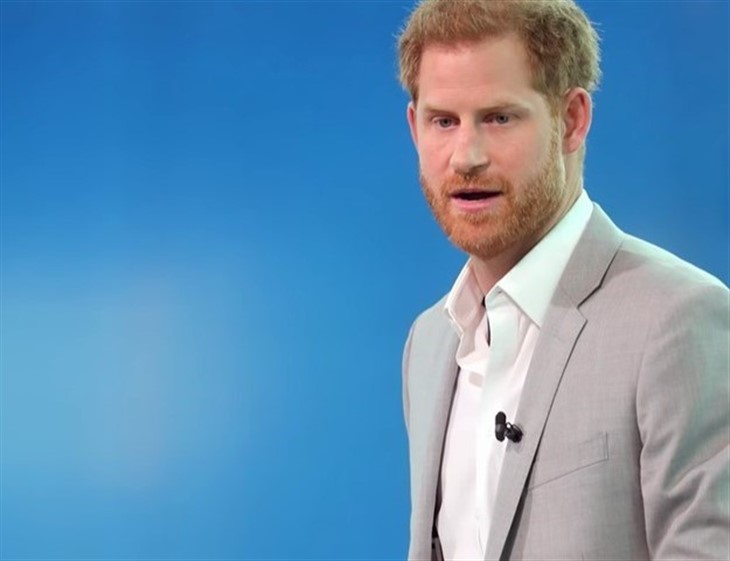 British family news reveals even with a famous B-list actress for a wife, Prince Harry still hasn’t managed to get his onscreen presence down. He’s been described as looking like a “hostage” during his preachy videos and body language experts point to awkward gestures that betray his innermost angst.

This weekend Prince Harry and wife Meghan Markle appeared in two more cringy videos, one for World Mental Health Day and one with Malala Yousafzai.

In the latter, the three talked via Zoom to mark International Day of the Girl. Nobel Laureate Malala graduated from Oxford University, following a period of incredible trauma that included being shot in the head as a teen by a Taliban gunman.

Why Can’t Harry Learn How To Properly Present Himself On Camera?

Body language expert Judi James told Femail that the occasion of International Day of the Girl was, “’probably never going to be Harry’s strongest subject for an empathetic approach,” given the fact that he is a privileged white male.

She said that when he talked, Harry used, “the kind of over-expansive and emphatic gesticulation that we would normally see from a politician,” and horror of horrors described his presentation as Trump-like! Meghan has previously called Trump a misogynist and Trump in turn intoned that Harry is going to need luck going into the future.

The body language expert added that Meghan looked “in awe” of Malala while Harry fidgeted “non-stop” and often looked distracted but stressed words describing himself as, “lucky,” “blessed” and “hugely grateful.”

She added, “He fidgets almost non-stop while he is in listening mode, using a range of rituals from an eye-stutter, shoulder-shuffle, finger-pick, scratching and knuckle-cracking and rubbing and palm-picking. He often looks distracted, but there are also moments when also he looks reflective.”

As for his political-looking moments, those came when Harry used, “over-expansive and emphatic gesticulation that we would normally see from a politician.”

“He punches one fist into the palm of his other hand, he uses a downward, mid-air finger-stab to mime re-writing the future and after his index finger rises in a gesture of command beloved by Trump … In this performance mode, Harry looks like a passionate promoter of his themes and his gestures suggest some anger in his desire to make a change.”

Harry also admitted he had taken his education for granted and said, “It is a privilege but every single person, every single young person across the world needs an education.”