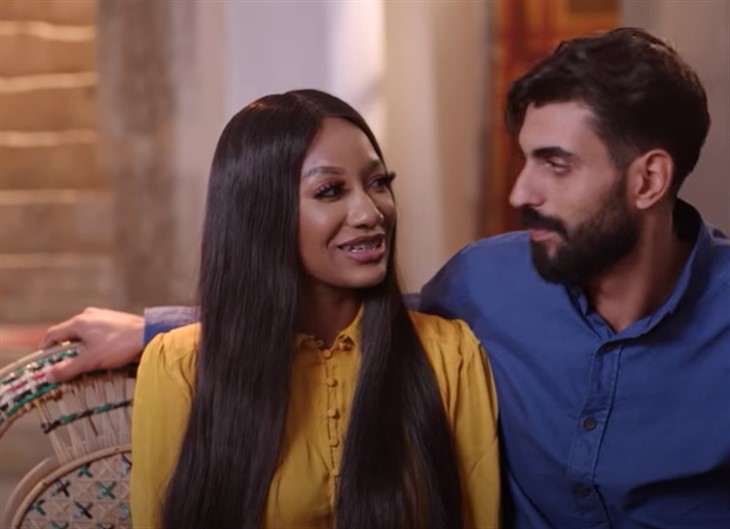 TLC ’90 Day Fiance: The Other Way’ spoilers document that Yazan Abu Hurira is happy that his father approved of his request. Time will be given until Brittany Banks’ father arrives in Jordan in the near future.

Yazan had been putting pressure on Brittany to agree to marry him, or not, within as short a period as three days. Her refusal to do so and request for more time spurned a brokered meeting with Yazan’s parents.

However, viewers know that the reduction in tensions appears to be a pause, rather than the path to a resolution because of a secret Brittany is keeping.

Yazan’s uncle Ibrahim is looking out for all involved. As Yazan suggested, he’s someone who listens and is willing to see the bigger picture.

Ibrahim recently met with Yazan and Brittany. He said that he would talk with his brother after hearing his nephew’s dilemma. A subsequent conversation led to Yazan’s parents’ willingness to meeting with Yazan, Brittany, and Ibrahim in their home.

Yazan’s parents know that their son cares about Brittany. However, they remain concerned that she isn’t willing to accept their cultural beliefs.

The upbeat scene where all who have been referenced were talking out the situation led to a legitimate and arguably unexpected breakthrough. Ibrahim’s logic, which asserted that everyone needed more time to get to know each other in order to avoid a quick marriage that might lead to a separation, was accepted.

As Yazan’s instincts proved, Ibrahim was able to deliver a message to his brother that Yazan and Brittany had been unable to do. Yazan’s mother was also willing to accept the proposal, as it also allowed her perspective to be respected.

90 Day Fiance – Is It Possible To Deliver?

Brittany has put a lot of pressure on Yazan, seemingly without realizing it. He’s asked his parents and his uncle to back his pursuit of marriage. Yazan has done so based on the assumption that Brittany is serious about wanting to marry him.

Beyond the consideration of cultural issues, which has created significant uncertainty, Brittany made a noteworthy admission in an aside to the audience. She said that she hadn’t mentioned that she’s not officially divorced yet. Labeling that secret as part of a one step at a time approach is questionable and risky, as Yazan and his family surely won’t respond well to that anticipated reveal.

The teaser for an upcoming episode also had Brittany tell the audience that she’s not going to allow Yazan’s family to bully her. That statement and Brittany’s admission, that was referenced above, must make viewers wonder if she will be capable of delivering on her promise to marry Yazan even when her father arrives?

Prince Harry And Meghan Didn’t Want To Play Ball In The UK But Can They Win The Game In L.A.?