TLC ’90 Day Fiance – The Other Way’: Jenny And Summit Upgrade Home While Bracing For Parent Talk 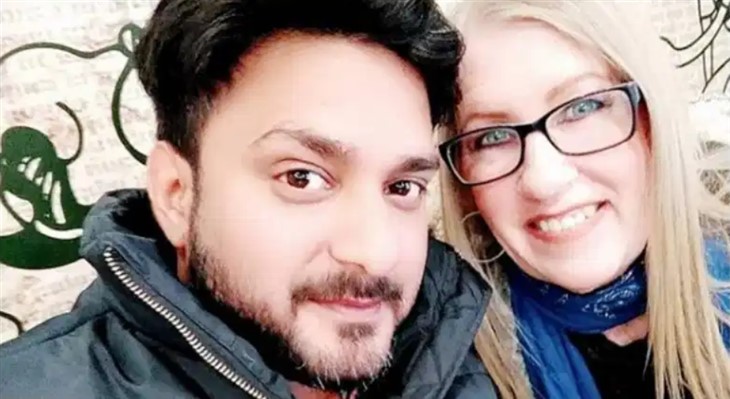 TLC 90 Day Fiance Jenny Slatten was fine with painting the walls on ’90 Day Fiance: The Other Way’. Sumit’s choice of colors and desire to upgrade their home made her feel optimistic about the future. Then, he mentioned that his parents were ready to meet with him.

The family talk that has been teased for a number of weeks is soon approaching, with Sumit now only needing to work out a date when his mother and father are free to do so. Jenny doesn’t plan to go, as doing so would upset her.

One of 90 Days’ arguably most endearing couples is also it’s most enduring. Devoted viewers recall that Jenny was in India previously and that Sumit’s parents intervened. That, along with a revelation about Sumit’s existing marriage, sparked Jenny’s flight back to the United States.

Touching scenes showed Sumit and Jenny mixing colors so they could paint the walls of their rented home. Jenny humbly noted that they didn’t have enough money to pay someone to handle the job, so they were doing it themselves.

The modest home improvement project was the last affirmation of love this couple shares. They persist in their attempts to build a life for themselves, despite various barriers.

The marriage Sumit’s parents arranged for him in the past didn’t work out. Viewers know that his choice to initially withholding that information from Jenny created a major rift and almost ended their relationship. However, the bond this duo established eventually enabled Jenny’s return to India.

Sumit’s family ties involve deep respect. Within his culture parents have the right to condone marriage. This issue isn’t currently preventing Sumit from marrying Jenny, as he is working through the legal divorce process. But it is one that must eventually be dealt with.

Amit, Sumit’s brother, recently relayed that their parents still aren’t open to future marriage. So, Jenny’s feelings about Sumit’s meeting with his parents being a waste of time are understandable.

Sumit took to his Instagram account to post another upbeat photo of Jenny and himself. Aside of the photo, his comments said, “Good morning friends. Some painting work is going on. Try to improve my house by ourselves. Watch us tonight #90dayfiance #90daytheotherway #season2 #staytuned #painting #homeimprovement with @jan_frmsan #loveall.”

Numerous photos that Sumit posts contain the same message, love. That clear, undeniable feeling continues to drive Sumit’s hopes. He and Jenny know that their connection is real and they believe that no matter what it takes, they will be together. So, coming episodes will reveal what, if any progress, can be made with Sumit’s parents.

This couple’s shared feeling matches Sumit’s Instagram profile message, which says, “Always chose Love…Not what someone else chooses for you.”