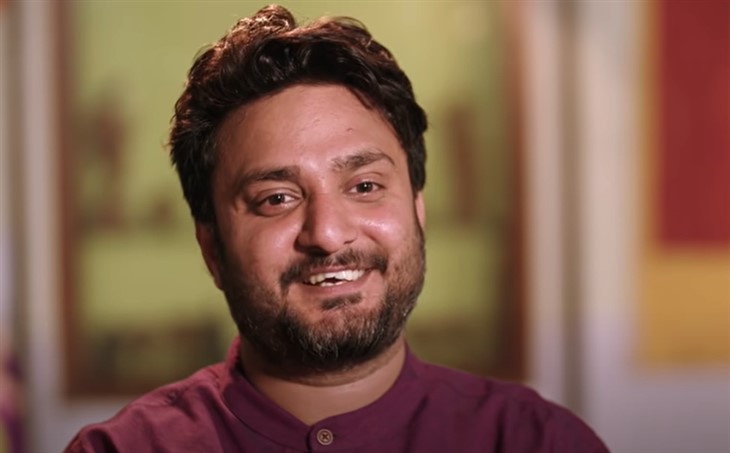 TLC’s “90 Day Fiancé-The Other Way” stars Sumit and Jenny Slatten have had their trials on the way to their hoped-for happily ever after, with Sumit first catfishing, then falling in love with Jenny and she with him, and his revelation about his arranged marriage. The biggest trial of all, however, is getting his parents to accept Jenny as Sumit’s bride!

Viewers will recall from previous episodes that Jenny and Sumit talked to his brother, Amit about trying to convince their parents to accept Jenny as his bride. They took exception especially to her being twice his age, possibly even older than them!

They even moved to a different town and tried to hide their relationship for a time from his parents – that was when Jenny came over before, and she was in tears by the time they left – she had asked them in front of Sumit if he loved her, and he didn’t even answer them at the time; that is when she left.

Now she is back, lock stock and barrel in India and she admits that she is traumatized by what happened then, and now, as Sumit is painting their new apartment, and it’s not even redecorated or ready yet, he springs the surprise on her that Amit has told him their parents are ready to come and talk again – at this new apartment!

Jenny is afraid that when they come over the same thing will happen and again they will not accept her as his bride and want them to break up! If that happens, Sumit needs to make a choice – and a stand – and either he chooses Jenny with or without his parents’ approval, or he doesn’t, and once again she will leave and go home to America if he doesn’t!

Jenny tells Sumit as he continues to paint the wall – red – that his parents don’t want them together, and she fears nothing has changed. Perhaps a calmer color such as a tranquil blue might be a better atmosphere for a conversation that might turn out to be a confrontation, but then in India, they probably don’t use feng shui in their decorating anyway.

He simply answers that his parents are ready to talk and they are coming over, having heard this from his brother Amit. Whether Amit is also coming, possibly to the referee, has not been revealed at this time. Even he had reservations about Sumit’s choice of a much older bride, one who could no longer give Sumit children, and that Sumit was in the process of trying to get a divorce from his legal wife, one who their parents picked out and agreed with her parents that they were to be married – love or not, in an arranged marriage the bride and groom must make the best of things and are expected to produce children whether they are in love with, or even attracted to each other.

The culture in India is far different than in the United States! However, as Jenny worries, Sumit does not appear to be worried at all – perhaps Amit was able to convince their parents to approve of Jenny? Tune in and see!

Stay tuned to “90 Day Fiancé-The Other Way” on TLC, and keep checking back here frequently for all the latest news, updates and gossip about all your fave “90 Day Fiancé” shows and stars!