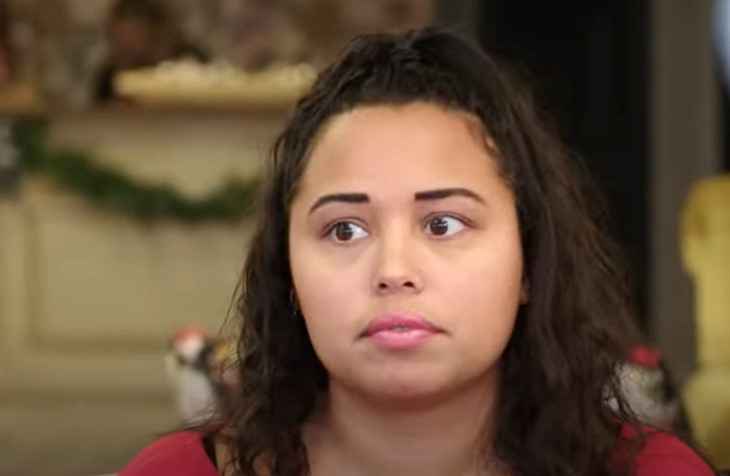 TLC’s “90 Day Fiancé-Happily Ever After” star Tania Maduro was the subject of a boys’ night out turned Tania bashing contest while her husband Syngin Colchester and his guy friends spent the night drinking!

Sign in recently revealed that he feels a little trapped in America, and much prefers his hometown of Capetown, South Africa as a place for him and his wife Tania Maduro to raise any children that they may have in the future – as a matter of fact, he feels downright suffocated!

He downright refuses, as a matter of fact, to raise his children in America and the two of them don’t see eye to eye on that, and many other subjects, although since the season was filmed there have been reports that they worked out their differences in marital counseling. But all of Sygnin’s recent posts on Instagram shed doubt on what was previously reported, with his comments in Capetown slang and leaving what they mean up to the readers’ imaginations if they are not Capetown locals.

He and Tania’s differences had been causing a major gap between them, and one big part of Tania’s problem with Syngin is his drinking. Tania and Syngin actually didn’t meet online like many of the other couples on the “90 Day Fiancé” franchises – she had been communicating with another man on a dating app, however, and traveled to South Africa to meet him, and when that didn’t work out, she wound up meeting Syngin during her time there and went home with him the same night; however, that sounds much more like lust at first sight than love at first sight, and that’s not anything to build a marriage on!

She did however live with him for several months before they actually married. In spite of that, their differences are major and that is what has their fans worrying for the future of their marriage.

Fans will see a whole new side to Syngin in the next episode, which will air on Monday, August 17. Viewers will recall that even Syngin’s mother, Charmain, felt that his and Tania’s relationship and marriage were rushed, although she and his sister Charys and brother Dylan wholeheartedly support the couple.

Syngin decides on a boys’ night out with his old roommates while Charmain, Charys, and Tania bond over shopping. One friend of Syngin’s reveals that Tania was not well-liked in their shared home, because she tried to control their home and also because she came in “hot”.

Perhaps he meant “angry”. He says that she actually only stayed with them for only two months, and that was unwelcomed – so it wasn’t like Syngin and Tania moving in together and it wasn’t for “several” months at all. She didn’t even chip in on rent.

But yet she tried to tell Sygin’s two roommates as well as Syngin himself how to live and act in their own home country as if they were all in the United States! The roommates tease Syngin that he has gotten fat from moving to the US and he acknowledges that, although it is much more common for newly married people to put on some weight after a while because they are no longer trying to attract others.

In the episode, Syngin admits to his friends that he is unhappy in his marriage to Tania and that he wished that they had not had to marry within the 90 days to satisfy the requirements of the K1 visa.

He tells his friends he may just stay there in South Africa, and fans can see that there are major incompatibilities between the two, with Tania being a borderline – or maybe not so borderline – control freak, and Syngin being more of a free spirit and not wanting so much control and dictation of what he should do and when in his life.

He prefers a laid back lifestyle whereas Tania seems to prefer the safety and security – in her eyes – of a highly regimented and structured one. Viewers also have seen in recent episodes that Tania may be dealing with anxiety, since she has obvious post-traumatic stress symptoms from the wreck she was in that injured her leg so badly.

This may be why she prefers more structure in her life, in order to feel safe, whereas her yearning for safety and security feels more like suffocation to the laid back Syngin. Only time will tell if these two stay together or go their separate ways!

Stay tuned to “90 Day Fiancé-Happily Ever After” on TLC, and keep checking back here for all the latest news and gossip about all your fave “90 Day Fiancé” shows and stars!