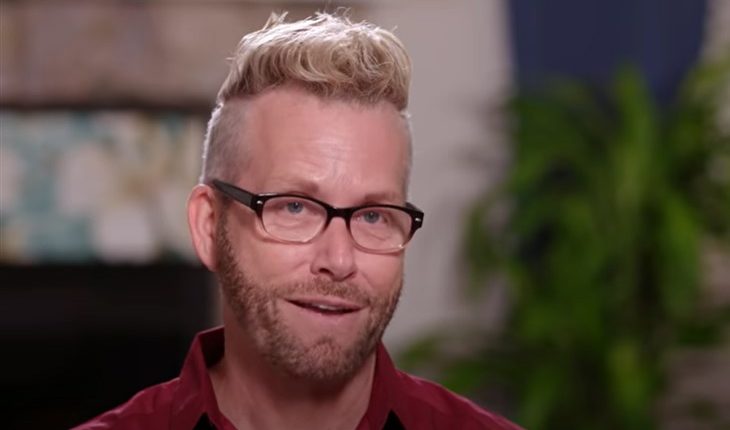 TLC “90 Day Fiancé – The Other Way” star Kenny Niedermeier had some culture shock when he finally made the move to Mexico for his happily ever after with fiancé Armando Rubio in the most recent episode. Will he be able to acclimate to living in Mexico?

Kenny moves into his and Armando’s new apartment and notices some things that are very much different about this apartment in Mexico than most apartments in the United States – there is no central heat or even wall units, there appears to be some sort of fireplace – and there is no air conditioner at all, not even a window unit!

Armando had a nice, AMERICAN meal prepared for Kenny when he arrived with Truffles, his best buddy of the furry variety, and a cute welcome home poster with cartoon-like images of himself, Armando, and Armando’s young daughter Hannah, who they will be picking up soon from Armando’s parents to come to live with them.

He and Armando had picked out the apartment together but did so online, and Kenny obviously made a lot of assumptions regarding Mexican apartments having central heat and air conditioning as most in Florida would. Otherwise, it does appear to be an upscale apartment with a decorative wooden front door, something one would never see on most apartments in America, although possibly a condo might be that highly decorated.

Kenny experiences more culture shock – or actually, it could just be smaller town shock – when still home having dinner Armando tells him he asked at the “supermarket” about a bank so that Kenny could establish a bank account, and was told the nearest bank was thirty to forty minutes away. This may not necessarily be something unique to Mexico since in many small towns and rural areas in America it is not unusual to have to drive to another town to do one’s in-person banking either, as well as to work.

St. Petersburg, Florida, where Kenny moved from, has a population of 265,351 as of 2019. Armando tells him he’ll just have to adjust to there not being a bank on every corner like in St. Pete! When they go on their small “road trip” Armando is not really familiar with where things are at, but apparently has driven through the town at some time in the past. Kenny is in for some real culture shock, however, when he and Armando explore the town they have moved to, and check out the restaurants and the stores there.

As they park the car and then walk around “downtown” Kenny is struck by the lack of amenities that were standard where he comes from – the “supermarket” turns out to be a small what would be called in America a “bodega” – something akin to a small convenience store inside of a gas station minus the gas station.

Again, these types of old fashioned stores can still be found in rural and small-town America as well, and Kenny’s a big city boy. Kenny has to have everything translated by Armando besides, and Armando tells him he will need to learn at least some rudimentary Spanish. There are no signs on anything, and Kenny notes driving is difficult because the stop signs are all over the place – not uniform, up in trees, on poles, and what not – but that also happens in small-town and rural America. So Kenny has both big city boy culture shock and America to Mexico culture shock!

They stop at a candy stand set up in the middle of a street…. Kenny’s grossed out by it being outside, it will have dirt all over it! Germophobe Kenny would likely have the same reaction to a roadside fruit and vegetable stand or a farmer’s market in America. Armando convinces him to try a plum candy but it doesn’t taste like a plum to him – it’s hot, spicy, and hard as a rock, and Kenny spits it out!

Later they stop at a restaurant with outside dining – not too foreign to Kenny, but when he gets his “steak and vegetables” the steak is shredded and has peppers and whatnot all over it, looking more like carnitas than what Kenny was expecting.

TLC '90 Day Fiance-Happily Ever After' Spoilers: Syngin Admits He Would Not Have Married Tania Were It Not For The 90 Day Visa #90dayFiance

Kenny admits that even though he had been to Mexico on vacation, moving there was a whole different thing – they are not in a resort town where everything is Americanized somewhat for tourists, and even if he had visited an occasional Mexican restaurant in St. Pete, real Mexican food is totally different than the real Mexican food prepared and served in Mexico; on top of everything else, he saw a woman making tortillas from scratch outside!

Will Kenny be able to acclimate to living in Mexico, or will “90 Day Fiancé-The Other Way” fans see him trying to bring Armando and Hannah back to St. Pete to live with him in future episodes? Stay tuned to the show, and check here frequently for all the latest news, updates and gossip on all your fave “90 Day Fiancé” shows and stars!

Days Of Our Lives Spoilers: Ciara Makes Pact With The Devil To Save Ben’s Life