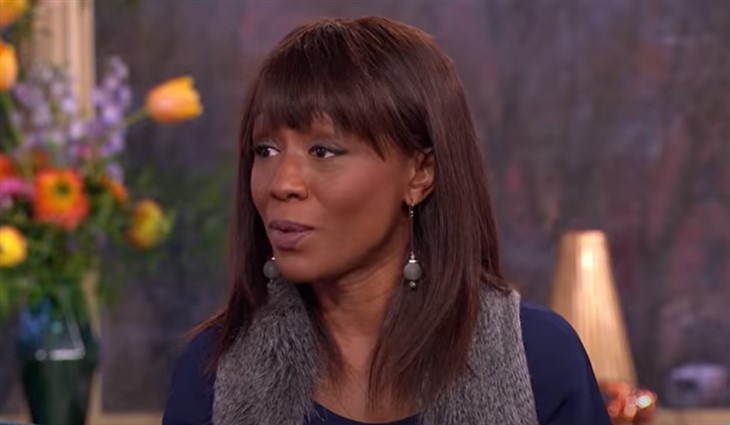 BBC Eastenders spoilers reveal that Diane Parish teased that her character, Kim Fox, will have her dark past resurface. When it does, she will deal with some difficult challenges. The actress also implied that the calm life she shares with Jack Branning (Scott Maslen) won’t last much longer. Keep reading to find out what to expect when the soap returns this September.

Appearing on a segment of Secrets From The Square, Parish explained that she doesn’t know a lot of the details yet. However, she knows one thing for certain, which is that some dark parts of Denise’s past will resurface. She also teased to host Stacey Dooley that when this happens, it will create some difficulties and challenges for her.

When Denise goes through this challenging period, she will be able to lean on her sister, Kim Fox. Actress Tameka Empson confirmed on the Eastenders TV special that she is coming back after maternity leave. As for how she will return, the soap star couldn’t say.

Eastenders Spoilers – What About Jack Branning?

Everyone has dark chapters in their past, some worse than others. Without having even a tiny clue, it’s impossible to say what will be revealed about Denise’s history. It sounds like something that could affect her current relationships, though.

While Kim will be there to support Denise, it is teased that things won’t stay calm with Jack. So, how does Denise’s past affect him? What is meant by “won’t stay calm?” There are definitely some theories out there on what Denise could be dealing with when the soap returns in September.

Eastenders spoilers suggest that Denise’s upcoming storyline will cause some problems. But is it really one dark chapter, or is it someone who arrives to expose it? Express speculated that it has to do with her abusive ex-husband. The Irish Mirror believes it has to do with her troubled history with alcohol. Both of these are possibilities, but we also learn a jaw-dropping bombshell. Perhaps a few more details will be released as we get closer to the soap’s return date.

What do you think is going to happen with Denise Fox when the soap returns to the air? What dark chapter from her past comes back to haunt her? How will the past affect her present?