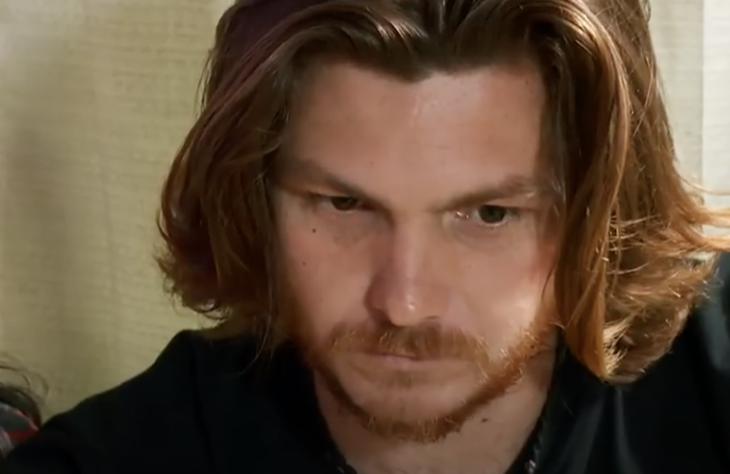 TLC’s “90 Day Fiancé-Happily Ever After?” star Syngin Colchester admits he would not have married Tania Maduro were it not for the 90 day visa, and during the fifth season of the show, the two have been struggling.

Syngin Colchester Had Wanted To Travel, Not Stay In Connecticut

Because of the requirements of the 90 day fiancé visa, Syngin was required to marry Tania in order to stay in the United States, but then just a few months after the wedding, a lot of stress came when she was seriously injured in an automobile accident. Viewers of the show will recall that she had a serious injury that affected one of her feet and farther on up her leg, and she has been wearing a medical “boot” to protect her injured limb.

Tania has had to endure constant physical therapy after the operations she had to correct her badly broken bones, and she, as a result, has not been able to work, and of course, medical bills had to have accumulated, as well as stay home for an indefinite period of time with no travel. “90 Day Fiancé-Happily Ever After”? is filmed several months in advance, so that was even before Covid-19 struck the world and caused people to quarantine and forced them to endure stay at home orders.

Syngin, although he had experience working as a bartender in South Africa, has not so far been able to obtain gainful employment even as a bartender. This financial stress in addition to their being stuck in Connecticut, which is an area Syngin doesn’t like, has made him feel more than just a bit suffocated, and in addition to his feeling suffocated, he admitted being doubtful about his and Tania’s future.

The Couple Argued About The Future In A Recent Episode

Syngin and Tania argued onscreen about the future in a recent episode, with Syngin admitting that he didn’t even know if he wanted to stay in the United States. However, there were some other mitigating factors other than his feeling suffocated other than financial stress and stress on their marriage – in the most recent episode, “Ultimatums and Ugly Truths” he talked to his younger brother, who was back in South Africa hospitalized for a blood clot; Syngin was afraid that his brother may die without him being able to ever see him in person again, as had happened to their grandmother – and it tore him up emotionally!

Syngin admitted to TLC producers that the only reason he married Tania when he did was because of the requirements of the 90 day fiancé visa, or K1 visa, process. If he had not, he would have not rushed into their marriage. During a tense dinner date, Tania brought up the possibility of the couple having children; Syngin then blindsided her when he told her he wasn’t even sure he wanted to stay in the USA, return to South Africa, or move elsewhere, and he reminded her that she had not even acknowledged him as her soulmate! This made it difficult for him to think of continuing a future with her!

He told the TLC producers that Tania herself had told him before they married that she wasn’t sure if he was her true soulmate or not, but at the time he wasn’t sure it was worth breaking up over. Still, this revelation had continued to sting even though he had thought things would work out between them. The subject of soulmates may indeed be much more important to him than to her – not everyone believes that there is only one, fated mate for life for themselves – but Syngin obviously does.

Tania may not, and it may not be anything personal at all. But it feels personal to Syngin! Tania was in tears as she heard what he had to say about living in the USA – as she had understood that he had wanted to live in the USA, so his revelation that he didn’t, and he wasn’t sure of his long term commitment to her, made her feel very insecure about their relationship with one another, let alone their marriage. She also called him out for not being “grounded” and told him he needed to find “balance” in his life and then asked him if he was ready to start a new chapter in life. He said he was, but then he wondered aloud if he really was ready, which confused Tania.

However, she acknowledged that they were already married and the time for any doubts about their long term compatibility was long past. Syngin admitted that part of the feeling of suffocation at times was having to be Tania’s caregiver. He related “freedom” to how freely he could pack up and leave, but being in a committed marriage and especially marriage to someone rather inhibits someone just packing up and leaving, Tania reminded him. He admitted that sometimes his and Tania’s ideas of long term plans were so out of alignment that he had his doubts the marriage would last, although since filming they have been working on their marriage with a counselor.

Stay tuned to “90 Day Fiancé-Happily Ever After?” on TLC and keep checking back here for all the latest news, updates and gossip about all your fave “90 Day Fiancé” shows and stars!