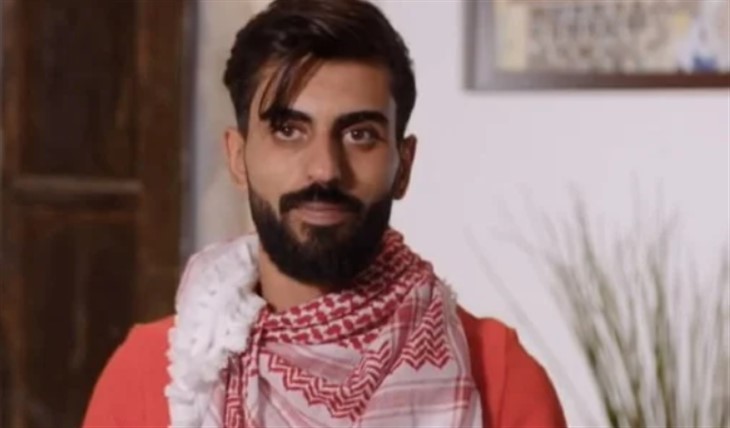 TLC ’90 Day Fiance: The Other Way’ spoilers document that Yazan Abu Hurira continues to hope that Brittany Banks will be willing to accept life in Jordan and become his wife. While Brittany is open to exploring Yazan’s culture, she remains uncertain of the future.

Brittany was willing to leave her home in the United States and move to Jordan. However, she quickly recognized that her hope to marry Yazan is fully tied to the life he and his family expects her to accept.

As viewers recall, Yazan’s uncle, Ibrahim, agreed to meet with Brittany. Yazan explained the difficulties that he was facing and was seeking advice and input.

Ibrahim agreed to talk with his brother, who is Yazan’s father, in an effort to buy some time. There was a general agreement that Yazan, his parents, and Brittany needed more time to determine if some of the differences and misunderstandings they’ve encountered could be addressed and possibly, overcome.

TLC 90 Day Fiance’ Spoilers – Conditions May Be Too Strict

Yazan knew that Brittany had not agreed to convert to his religion before she arrived in Jordan. He passed that information to his parents, along with his hope that she would eventually agree to do so.

Brittany posted a video snippet from a recent episode to her Instagram account. In it she was genuinely confused as to why Yazan’s mother became upset with her during their most recent meeting at Yazan’s house.

At one point in the conversation Yazan’s mother said, “When a woman wants to get married, this is going to be her family. She has to forget her other family.”

She went on to say, “I’m not ready for my son to be 26 years old and to keep waiting for you! Yes, or no? It’s been a year! And we want to see him married and with kids.”

Brittany’s confusion was connected to Yazan’s mother becoming very emotional. Brittany isn’t fluent in the language. So, she could only listen, but not interact.

It was telling that Yazan and his father remained mostly silent while Yazan’s mother was passionately telling Brittany what was expected of her. Both men found it best to let that moment play out.

Brittany is in a tough position, as Yazan has become increasingly aware of. He does know that his mother wants Brittany to either agree to terms that will lead to marriage or leave.

TLC 90 Day Fiance – The Other Way’ Spoilers: Jihoon & Deavan Done? He Unfollows Her & Deletes All Her Posts https://t.co/OnUWzTimYu pic.twitter.com/DQN4K83xdx

Love is at the heart of this matter. Yazan’s parents want the best for him, with his mother expressly hoping for a daughter-in-law and grandchildren in the near future. But Brittany isn’t willing to make the type of full commitment that would make that happen and so this part of the popular reality series plays on.