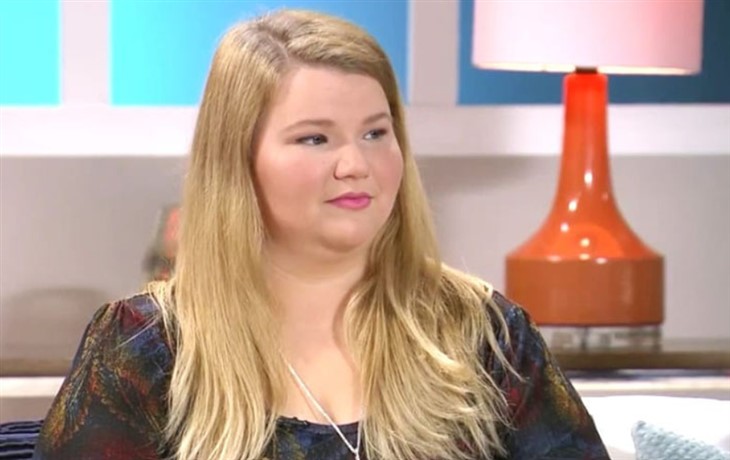 TLC’s “90 Day Fiancé” star Nicole Nafziger has recently confessed that she has been a bad mom to her little girl May, and is still not sure when she will become back home!

Nicole has been in Morocco with her fiancé Azan Tefou, also known as Hassan M’Raouni, far longer than the 90 days that someone with a K-1 visa is supposed to be married to their foreign fiancé. She left her six-year-old daughter May back in Florida with relatives, and in spite of her mother Robalee standing up for her in social media against the fan backlash, and making excuses, most fans are livid and some have even accused her of intentional abandonment.

In a recent Instagram post, Nicole again tries to explain and makes clear that even she knows she’s a bad parent, admitting what fans have accused her of. Her trip was supposed to only last for two weeks, and Nicole traveled to Morocco, which is in North Africa, after saving her paychecks from working at Starbucks literally for months. However, Nicole is not the only one who arrived in North Africa in March – so did Covid-19, and the pandemic spread quickly worldwide along with travel restrictions, quarantines, and downright lockdowns inside peoples’ homes.

Morocco had quarantined all travelers and tourists and Nicole was stuck abroad, as many were. In late July she had posted that she had been doing everything possible to get home, and on August 5 she said she was stuck and wanted out!

There is evidence that Nicole has been trying to get out recently – if she was telling the truth. There is no reason to think that she wasn’t unless she was trying to create an elaborate narrative. Blogger John Yates spotted Nicole’s posts in a Facebook group called “US Citizens Trapped In Morocco” and she was asking others in the group for advice.

Specifically, she had asked about traveling from a different city to Casablanca for their flight, citing travel restrictions in and out of Casablanca, and wanted to know what people had to do for them to be allowed, such as paperwork from the police or from the American Embassy. She was advised to contact local authorities to obtain special approval to travel.

She was worried about flights from Casablanca being canceled on August 3 and 4. During the past several months, Nicole has posted photos of her daughter on social media and continued to claim she wasn’t choosing Azan over May, and numerous times has stated plans to see her soon. In late July she commented that she was very happy to have had extra time with him, but that soon she would see her little girl again, along with a photo of herself and Azan.

Then, she posted a photo of May having a haircut and commented she’d see her soon, calling May her princess..and also posted the hashtag #badmom. Question is, was she joking, or was it an outright admission? There is a lot of speculation she and Azan aren’t together beside and that she’s been chasing him around! Time will tell!

The Bold And The Beautiful Spoilers: Ridge’s Divorce Filed, But Not By Him? Quinn’s Fraud