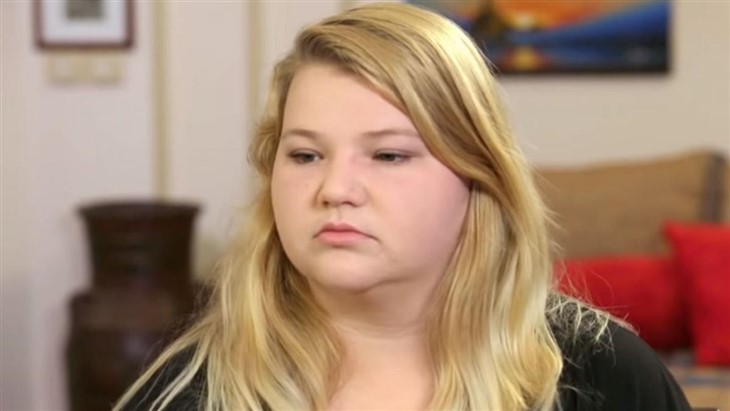 TLC’s “90 Day Fiancé” star Nicole Nafiziger posted another cryptic Instagram, this time showing herself and Azan Tefou looking rather angry, with a broken heart emoji, and wrote, “It’s DONE!” But can we believe her this time?

Nicole has fooled fans before with misleading posts, including at least two implying she and Azan were married, engaged, and expecting a baby, posting two different ultrasound photos. None of it was true. The only thing known to be true is that Nicole never came back from Morocco and has not been with her daughter May in at least six months!

The “just Azan” Instagram account has been attributed to Nicole herself, and the twitter account has nothing with Nicole and has not been used since 2016! Her Instagram account says she is “mom” and engaged to “H💍♥️” which is cryptic in itself; what or who does she mean by the symbols? What, exactly, is “done” and what is the broken heart emoji referring to?

She also instructs readers to go to the same link as before, “link in bio” which only leads to another Instagram account which has nothing to do with her. However, there is another link at the top of the account which takes one to an article from May 2020 from “Celebuzz” which refers to her having been quarantined with Azan prior to the Covid-19 pandemic becoming widespread.

She had later taken down the misleading Instagram posts with the photos of wedding rings, engagement rings, and ultrasounds of fetuses in utero and apologized for confusing readers!

Nicole Nafziger is rapidly becoming the cyberspace version of the boy who cried wolf, only she’d be the girl who cried wolf. How many times does one give her the benefit of the doubt and believe her wild stories when she has done this over and over again in rapid succession? The only clue to what she refers to as being done is the broken heart emoji and the choice of the photo where she and Azan look rather upset with each other.

That could imply that the two of them have broken up and it’s done between them, which also may mean that she is on her way back from Morocco to once again be a mom to her little girl, whom she has been roundly criticized for neglecting to hang out with a foreign boyfriend.

Nicole has also been accused and criticized for refusing to let go of a relationship that has long been over, and that these confusing, misleading posts are evidence of an unhealthy, stalking type obsession with Azan Tefou. So will this post be taken down soon as well, with an explanation that may or may not make sense, or again, so vague that the reader cannot tell what Nicole means? Time will tell!

Stay tuned to TLC’s “90 Day Fiancé” franchise of programs, and keep checking here for all the latest news, updates and gossip on all your fave “90 Day Fiancé” shows and stars!