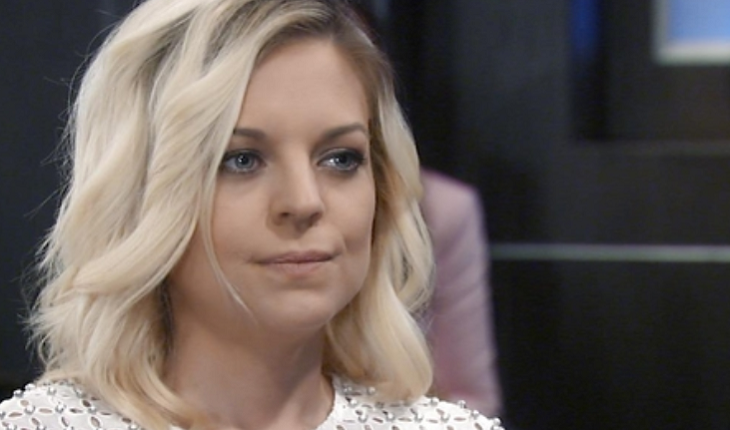 General Hospital spoilers reveal that Kirsten Storms (Maxie Jones) has a stubborn streak when it comes to new actors debuting on the show, specifically Cynthia Watros (Nina Reeves) and Emme Rylan (Lulu Spencer). According to uber honest Storms, she was all set to not like either of the two actresses!

She recently talked to Soap Opera Digest about her complicated feelings and we have the inside scoop for you.

According to Storms, she had quite a strong reaction to the arrival of costar Watros who came on to replace Michelle Stafford as Nina Reeves. In a burst of realness, she told the mag that she was sure, “I’m gonna hate her.”

The same thing went for Rylan who was hired to replace Julie Marie Berman. But in the end, Storms came around and now has nothing but great things to say about both women.

In fact, Storms and Rylan are besties not just onscreen but offscreen as well. They collaborate on crochet and knit blog and if you’ve ever wanted to leap into the hobby, now’s your chance as they have just announced a Sumer Crochet Along project.

Storms went on to say that she doesn’t know why she reacted the way she did to her new costars saying, “I’m not that person. Like I don’t go crazy bitch until you give me a reason to be that person!”

Storms added that she and Stafford became, “insanely close to each other. I still talk to her regularly.” She said that when Stafford left she cried because she worked with her so much and her not being there, “just felt like heartbreak for me. I felt super-jealous knowing other people were going to have her.”

Luckily it didn’t take long for Storms to come around to Watros. On one of her first days filming Storms watched her and said her jaw dropped at how good she was. “And she’s the sweetest person and so caring. I didn’t want to like her, and now I love her!”

Onscreen Storms’ and Watros’ characters have clashed recently, with Maxie choosing to desert her boss for a new fashion venture. Will they eventually reconnect just like their portrayers have in real life? Tune in and find out!