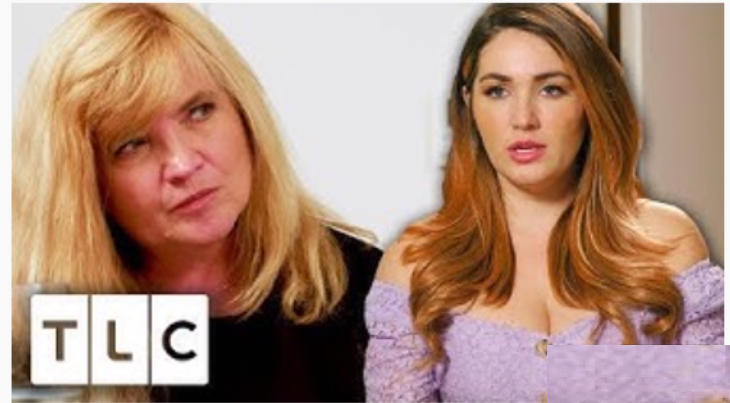 TLC 90 Day Fiance: Before The 90 Days spoilers tease that Stephanie Matto finally wrapped up her eventful trip to Australia to see her love Erika Owens. As viewers know, the trip didn’t go so well overall. Stephanie and Erika had some real difficulties, including intimacy issues on Stephanie’s part and some major conflict with Erika’s friends early on. Stephanie couldn’t deal with the fact that Erika had been intimate with some of her friends, and it caused quite an issue.

But as 90 Days viewers know, Stephanie and Erika ended up having a huge fight after Erika revealed to Stephanie that she had a 10-year relationship with another woman. Erika divulged this to Stephanie because the other woman had kept Erika a secret from her family. Erika seemed to simply want Stephanie to understand why she was concerned about Stephanie not coming out to her mom, but Stephanie blew up.

For Stephanie, it was unacceptable for Erika to have been in a long-term relationship but keep it a secret this far into their relationship. That was pretty much the last straw for Stephanie, and she ended the relationship. Later, Stephanie and Erika met at a café, but it was clear that it was the end of the line for them, and Stephanie headed home to the US.

Well, on the previews for next Sunday’s all-new episode of Before The 90 Days, Stephanie is shown regrouping with her mom on the drive home from the airport. But it’s pretty clear that Stephanie’s mom senses that something else is going on here. Stephanie seems pretty bummed, and that’s because she’s broken things off with Erika, and that seems to be what Stephanie’s mom is picking upon.

But will Stephanie finally come out and tell her mother that Erika was more than just a friend and that she’s bisexual? Stephanie indicated in a prior episode that she’d much rather tell her mother the truth in person…and now she’s in person with her mom, so we’ll see whether viewers get to see Stephanie’s coming out to her mom.

We should note that Stephanie has indicated on her Instagram feed that she has already come out to her mother, so the issue at this point is whether Stephanie will do so in front of the cameras, for the whole world to see. Do you think Stephanie will finally tell her mom the truth about her relationship with Erika? Stick with 90 Day Fiance: Before The 90 Days and remember to check back with SOS frequently for all your 90 Day Fiance updates. We’ve got your show recaps, spoilers, and news right here!