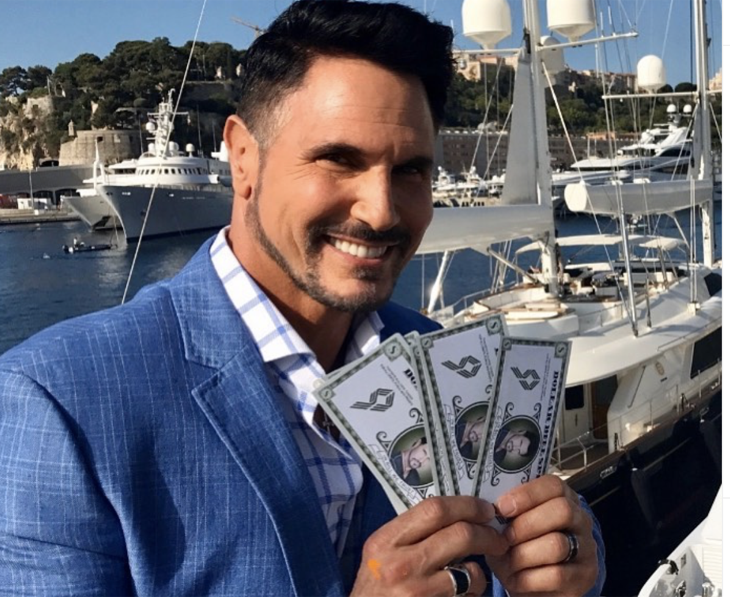 CBS The Bold and the Beautiful spoilers and updates reveal that Don Diamont has had an amazing run as a CBS daytime drama star, and recently he was in the mood to reflect on his long and fulfilling career.

The actor spoke to Soap Opera Digest about his extraordinary 35-year career and his enthusiasm for the genre and his profession is still going strong. According to Diamont, “As I take stock of it, I’m still standing, I’m a survivor.”

What else did he have to say about his long-term status as a soap opera super stud? Let’s find out!

Ironically, Don had just been voted Best Newcomer in his role on NBC’s Days of our Lives when he was unceremoniously dumped by the show! But when that door closed another one opened at The Young and the Restless and he auditioned for the role of Brad Carleton. For those that remember his stint on Y&R, you’ll recall that he debuted as the Abbott family’s cabana boy!

When asked if he minded being shirtless eye candy Don responded, “I didn’t have an issue with that at the time. I was 22 years old … so I understood the business of that.”

Don also looks back fondly on the talented co-stars he’s graced the screen with. In his mind Eileen Davidson (Ashley Abbott), Melody Thomas Scott (Nikki Newman), Tracey Bregman (Lauren Fenmore), and Amelia Heinle (Victoria Newman), “are all wonderfully talented actresses with great senses of humor. I have been very fortunate.”

Decades after his start on Y&R it seemed as if history was repeating itself when Don was fired one year on the day before Thanksgiving. But again, when one door closed another opened for the handsome and talented star.

Following his firing, B&B exec Brad Bell created the character of Bill Spencer for Diamont to play. “I came out with guns blazing … it was exhilarating,” he said.

And he hasn’t looked back, taking the character of Dollar Bill to extreme heights and serious lows. At the moment Bill is estranged from his partner after he kissed her sister! There is never a dull moment with Bill and that is sure to continue when the show returns from its coronavirus hiatus with new episodes.