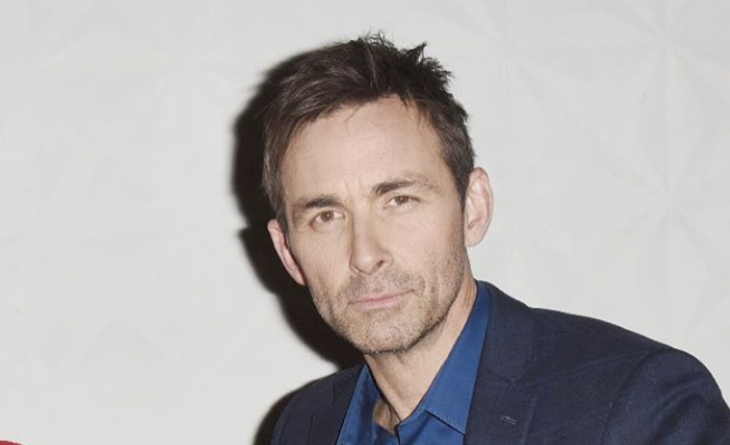 ABC General Hospital spoilers and updates reveal James Patrick Stuart recently took to Instagram to remember a moment from one of his old roles where he stretched the truth in order to get the part. 28 years ago, director, Ron Maxwell decided to cast James Patrick Stuart as Confederate Colonel Edward Porter Alexander who is the chief of Southern Artillery in the film Gettysburg.

Recently, the General Hospital star who now plays Valentin Cassidine posted on his Instagram a still from the movie along with the caption that read, “Actors are notorious for lying about their skills to get a role. When the producers of the 1992 civil war film ‘Gettysburg’ asked if I could ride a horse, I lied to get the part of General Porter Alexander of the Army of Northern Virginia.”

It makes sense that he would stretch the truth in order to get the role in the movie and starred alongside Martin Sheen and Tom Berenger. However, it was not long before he was found out as the real horse wranglers did not buy his claims of knowing how to ride a horse. He continued on in his post by saying, “Of course the horse wranglers called my bluff on day one, and gave me the horse pictured here, Rollingman. The moment I got in the saddle, he took off through the peach orchards of Gettysburg, Pennsylvania at 40 to 50 mph, intentionally running under low hanging branches trying to knock me from his back.” 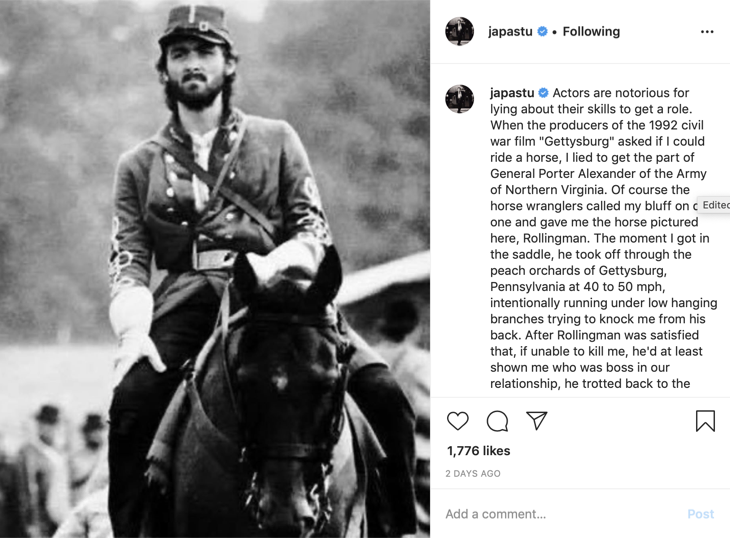 He continued to say that the wranglers were having a field day laughing at the scene of the horse taking control of the situation rather then him being able to control the horse. He continued by saying, “Head wrangler, Butch, a heavily-bearded Texan with a thick southern accent spoke up. I should have told you there, James. That there Rollingman’s a racehorse.’”

However, it seems that he was discouraged by the turn of events. He would go on to wear the outfit once again in order to take part in the 2003 prequel by the name of Gods and Generals which was also directed by Maxwell.

We’ll give you updates as GH news comes in. Stick with the ABC soap, and don’t forget to check SOS often for the latest General Hospital spoilers, updates, and news.