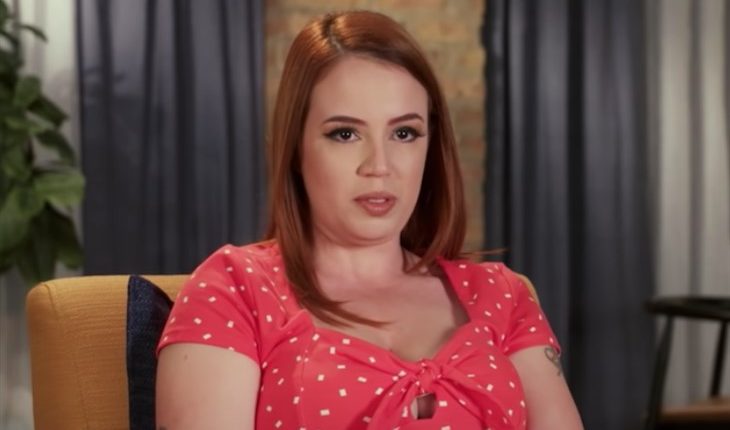 TLC’s “90 Day Fiancé-Happily Ever After” star Jess Caroline recently trash-talked Colt and Debbie Johnson, calling Colt “trash” and claiming he manipulated her just so she could finish filming the shows for this season!

As viewers will recall, Jess was suspicious of Colt’s relationship with Vanessa Guerra, who he said was a platonic friend, from the start. She had talked with friends early on in the season, concerned about a woman that calls him all the time (perhaps she looked at his cell phone?) Jess told her friends that

Colt claimed she was a friend from a gym he was going to. Jess was suspicious and didn’t buy it because of how often she called him, but he had tried to convince her they were platonic friends. He explained his relationship with Vanessa to TLC producers, as a female friend he was talking to online about his troubled marriage to Larissa Dos Santos Lima, apparently since before they divorced, and she helped him through as a shoulder to lean on.

However, he also confessed that he had a huge crush on Vanessa, and they had sex but then he moved on because he didn’t think she felt the same way about him. Then Debbie started interfering in Colt and Jess’s relationship, being convinced that Jess was after nothing but a green card and that it would be another Larissa wash, rinse and repeat situation.

When Debbie and Colt went to Brazil to meet Jess’ family, viewers will recall that Debbie intentionally brought up the subject of Vanessa kitty sitting back home in Las Vegas, in Debbie and Colt’s home, after Colt had told Jess he had stopped talking to Vanessa and the friendship was over, as Jess also told TLC producers.

But after Debbie threw what she hoped would be the final dart at her son’s relationship, Jess realized Colt had been lying to her, accuses him of Vanessa and he is friends with benefits, and stormed out of the hotel room. Colt claimed to the production crew that he did feel guilty not telling Jess about Vanessa kitty sitting, but he didn’t want to open up a can of worms, still claiming that Vanessa was only a good friend.

But, in a recent Instagram post, Jess shared screenshots of Colt and Vanessa’s text conversations, and apparently Colt did send them as proof that they hadn’t been talking anymore at the time when he sent them. The texts revealed Colt was upset with Vanessa and wanted to know why she wouldn’t leave him alone! However, Jess says they are the proof of how he and Debbie as well as Vanessa, who she doesn’t even know and hasn’t met, manipulated her and lied to her. She called Colt a sick piece of trash who hides under his mother’s skirt!

TLC '90 Day Fiance – Happily Ever After' Spoilers: Andrei Furious With His In-Laws After They Embarrass Him #90DayFiancehttps://t.co/6I0P3Ufpta

Then, apparently, Jess called Vanessa to get her side of the story, and Vanessa told her that Colt faked the messages, so Jess would not walk off the “90 Day Fiancé-Happily Ever After” show and finish filming the season! Jess said later Vanessa told her Colt called and both agreed to fake that conversation and they could be together after the season was filmed! She was livid that they involved her family in “this circus” as she called it also. Colt hasn’t responded with his side of it.

Stay tuned to “90 Day Fiancé-Happily Ever After” on TLC and check back here frequently for all the latest news, updates and gossip about all your fave “90 Day Fiancé” shows and stars!