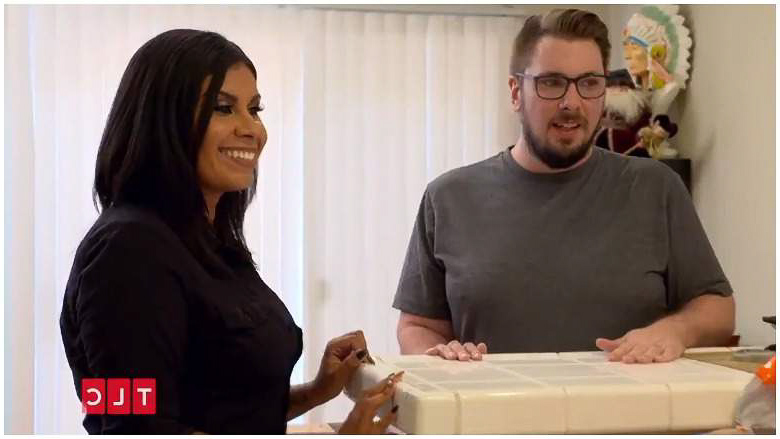 TLC “90 Day Fiancé-Happily Ever After?” fans have a few questions in their mind about Colt Johnson and the way he treats his girlfriends – viewers saw his ex-wife, Larissa Dos Santos Lima even lookup Jess Caroline’s phone number and call her to warn her about Colt in the most recent episode of the show. Could Larissa be right? Is Colt a player?

Also in the most recent episode, Colt Johnson talked about his friend Vanessa and admitted he had a crush on her and had sex with her – once. But he also told his most recent girlfriend, Jess Caroline, that he would quit his friendship with Vanessa because she had seen that Vanessa was calling him frequently. But Colt said on the show, that he wasn’t going to break up his “friendship” with Vanessa even though he told Jess that he would!

This does not bode well, considering that Colt admitted he had cheated on Larissa when they were still married, in an article in People Magazine in December 2018. He had invoked the name of former United States President Bill Clinton, and compared his own cheating to the famous Monica Lewinsky scandal involving Clinton, and when Clinton had finally admitted that the suspicions were founded and that the rumors were true, back in 1998.

He even found a clip of it somewhere online and included it in his confession on Instagram at the time! Larissa, meanwhile, was very hurt by his actions, and similar to the way she wanted to warn Jess, someone warned her about pornographic photos of himself he was sending to other women, and she went off social media for a while after that! Colt is an IT guy – one would think he would know better than that, no matter how hard one tries to “scrub” a hard drive, the Internet never forgets!

It is plain to see that Mama Debbie doesn’t have a clue about this side of her son if it does indeed exist; in her eyes, even though she doesn’t trust Colt to make wise decisions where women are concerned, it seems like the girlfriends are always the bad guys in her opinion! But, it does seem that there is more evidence to support Larissa’s warnings to Jess than to support Mama Debbie’s theories of Larissa and Jess being the bad guys in Colt’s love life!

TLC '90 Day Fiance – Happily Ever After' Spoilers: Will Elizabeth's Wedding Dress Be Modest Enough Even With The Stole? #90dayfiancehttps://t.co/kt62YuCgE4

There is a big question as to why Vanessa calls Colt “a lot” as Jess put it. Colt maintains that Vanessa was someone he met after Larissa and he split up, but one has to wonder then who it was he cheated with when Larissa and he were still married. If he truly did want a future with Jess, and she finds his relationship with Vanessa a problem, then he should break the friendship with Vanessa off or at least not lie to Jess about her!

Another question is who is initiating the calls from Vanessa? Vanessa, or is she merely returning calls from Colt? That’s another red flag!

Stay tuned to TLC’s “90 Day Fiancé-Happily Ever After?” and check back here frequently for all the latest news, updates and gossip about all your favorite “90 Day Fiancé” shows and stars!