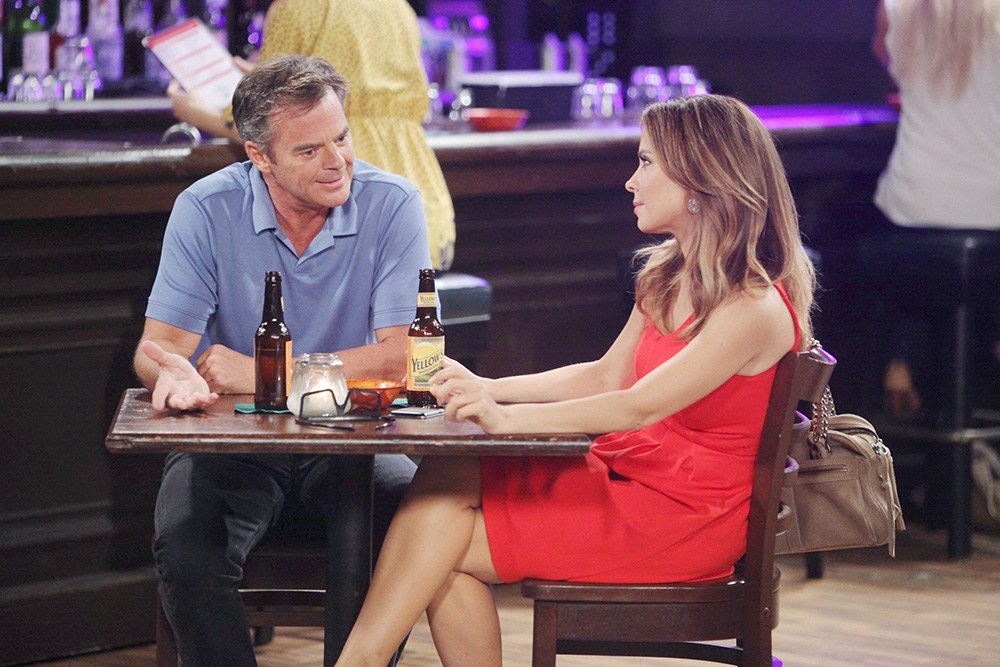 ABC General Hospital spoilers and rumors reveal Ned Quartermaine (Wally Kurth) has been very understanding of Olivia Quartermaine’s (Lisa LoCeciro) need to help her son Dante Falconeri (Dominic Zamprogna). However, now that Olivia has involved a psychic leading to an adultery accusation. Will Ned finally get fed up and find comfort in the arms of another woman?

General Hospital’s Dante has been gone for some time now. Dante has signed divorce papers and his wife has moved on with someone new. Dante wants nothing to do with his family and their attempts to help him recover. Dante has said many times that he simply wants to be left alone. However, his mother, Olivia, has resorted to consulting psychics to try and find out what is going on with her son. Is Olivia going too far in trying to get information about her son?

General Hospital’s Ned is accustomed to his wife being there to do things with him. Since Dante got sick, Olivia has been tied up in trying to get her son back home. Olivia has been ignoring Ned and most of what is going on with the Quartermaine family. Ned’s daughter Brooklynn Quartermaine (Amanda Setton) is convinced that Olivia is cheating on Ned and not talking to a psychic. Brook has openly accessed Olivia of these already. Could Ned start to believe this after all this time? Could Olivia’s obsession cause Ned to turn to someone else for comfort?

General Hospital’s Ava Jerome (Maura West) is an attractive single woman. Ava has been single since Ryan Chamberlain (Jon Lindstrom) tried to take her off a bridge at Niagra Falls. However, Ava runs an art gallery and Ned runs a corporation so the two may have some connection with their business background. Perhaps even, Ned might approach Ava for some sort of artwork.

Could Ned and Ava strike up a conversation that goes a little too far and the two of them make out? Could Ned simply get bored with Olivia and decide he needs to have an affair with her. Ned has cheated before, he slept with Monica Quartermaine (Leslie Charleston) after all. Maybe need decides he needs that attention he’s not getting at home and looks for it elsewhere.

General Hospital’s Ava has been around and nothing would stop her from going after Ned if she thought she had a chance with him. Perhaps Ned goes on a drunken binge and Ava decides to make a pass at him. Ned and Ava might turn out to be an interesting pairing for a change. Would Ned cheat on Olivia with Ava? If Ned does cheat, will they get caught?