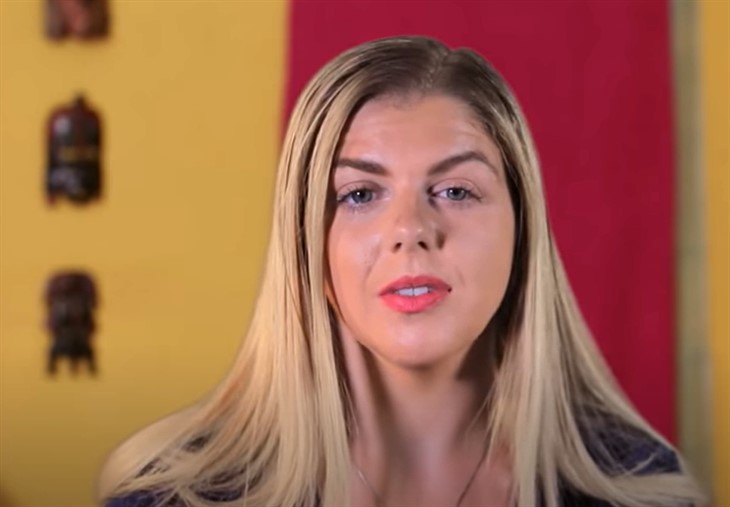 TLC 90 Day Fiance: The Other Way stars Ariela Weinberg is going to have some conflict with Biniyam in the next episode. Biniyam, who is Ethiopian, feels it is important for Ariela to convert to Christianity. He also wants his son to be raised in the faith. However, the pregnant American has no intention of changing her religion and won’t be raising her child as Christian, either.

“Honestly, I always felt really uncomfortable with the idea of Christianity because I don’t believe in hell. It’s just so awful to me. I just don’t think that it’s something we should be teaching our son.”

In a previous episode of 90 Day Fiance: The Other Way, Ariela told her family that her son was going to be raised Jewish. When her sister asked if Biniyam had any say in that, the 28-year-old said that he doesn’t. She added that she thinks there are certain aspects of Biniyam’s religion “superstitious.”

Ariela also explained that her parents are not of the same faith. Her mother is Roman Catholic and her father is Jewish. Now, there are many parents who are of different religions and handle how their kids are raised in different ways. Some pick one religion, others teach their children both and there are those who let the kids decide what faith (if any) they want to be part of when they are grown.

However, religion can be very important to people and there are some individuals that can’t negotiate on that. Some fear of what will happen to the child’s soul.

TLC '90 Day Fiance – Happily Ever After' Spoilers: Elizabeth Doesn't Like This New Side Of Andrei He Displays In Moldova #90DayFiancehttps://t.co/Us1RmeVVPX

It seems that Biniyam and Ariela need to talk to each other about how they are going to handle the faith issue. Normally, this would be something addressed before bringing a child into the world.

However, the two didn’t know each other that well before Ariela learned she was pregnant. As she gets closer to delivering, both of them are finding a lot out about each other. Only time will tell if these two will make it or if their differences will end the relationship.

Be sure to catch up on everything happening with Ariela Weinberg right now. Come back here often for 90 Day Fiance spoilers, news, and updates.