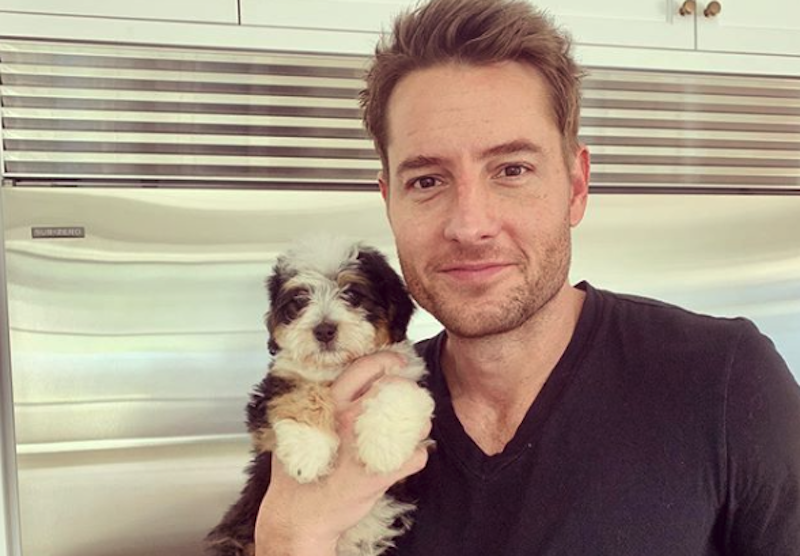 Former The Young and the Restless star Justin Hartley (ex Adam Newman) isn’t one to hold a grudge unlike his demonic Y&R alter ego. Want proof? Check out his Instagram where he’s posted a sweet pic of him and This Is Us co-star Sterling K. Brown. “I can’t stay mad at him!😂🤷🏼‍♂‍ #ThisIsUs,” posted Justin.

Of course Justin is referring to the pair’s This is Us characters, brothers Randall and Kevin. The season 4 finale had Randall and Kevin going off in a vicious argument and apparently the rift is real.

In an interview with Entertainment Weekly Justin said that the brothers won’t heal any time soon. “It might take a bit,” he noted. “But they’re brothers this is not going to divide them until their deathbeds and they don’t speak. That’s how I took it to mean. But I think it’s going to take a while.”

Justin’s fans were swept up in the dramatic conclusion of the show, as their comments reveal. The finale of NBC’s This Is Us aired on Tuesday, March 24, and the next season of the show will likely not premiere until September 2020.

One fan said, “I feel better from these pictures after what I saw 😭😭😭😭,” and another posted, Aww yall are like real brothers! Love the show its my FAVE!!💕💯 One cheeky gal couldn’t help telling the gorgeous actor, “When the world goes back to normal, we should go out on a date. 🤭☺️ #whataretheodds😂.”

The Young and the Restless spoilers – Do you remember when Justin Hartley was Adam Newman?

Even though Justin is now having his day in the sun as Kevin on This Is Us, some diehard fans wish he would find a way to return to CBS’s number one daytime drama, Y&R.

There seems to be little chance of that now that his career has hit the stratosphere, and the role of Adam Newman has been recast.

Mark Grossman is doing a fine job as Adam, and the character has never been more busy trying to be master of the universe!

The Young and the Restless spoilers – What’s next for Adam Newman on Y&R?

Just as when Justin portrayed Adam, the character is trying to take down his dad, Victor Newman (Eric Braeden). Be sure to tune in to find out what happens next between these two!