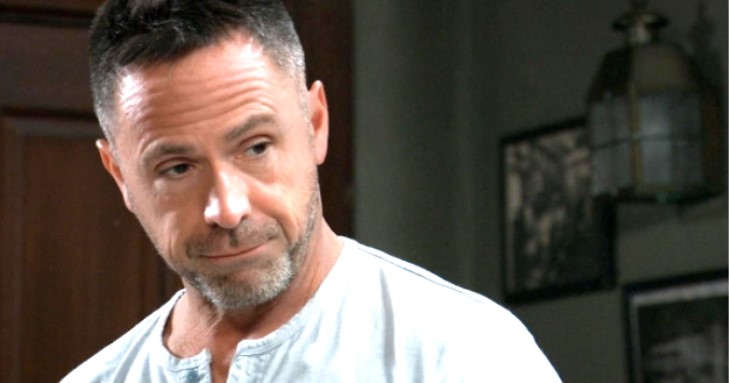 General Hospital spoilers reveal that William deVry is spilling some candid thoughts on his character’s steamy, sexy night with a fellow Port Charles resident. Does he know something we don’t, like maybe the pitter-patter of little feet are about to come into Julian Jerome and Britt Westbourne’s (Kelly Thiebaud) life in nine months?

In a Twitter post, the hunky guy shared a pic of mobster Julian and doctor Britt laughing together after they hit the sheets in a wildly unpredictable encounter. And he asks if an equally crazy scenario should unfold following their tryst. 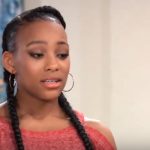 General Hospital Spoilers – Does Julian Jerome Really Need Another Child To Mess Up?

In a very short post, deVry inquired of fans, “What this show need is a baby the morning after? Thoughts?”

Viewers replied with a string of hilarious comments about the prospect that middle-aged Julian should be a father once again, after messing up his other kids’ lives. “And no I don’t think that’s a good idea. So that means it’ll probably happen. Lol,” read one comment while another stated, “just started getting some action again. Bring a baby into the picture and he can say buh-bye to getting any more.”

Yet another fan paid the handsome actor a sweet compliment saying, “All that cross-training is paying off big time!”

GH Spoilers – Julian Got Lucky Twice Will There Be A Third Time?

It seems that the fans have spoken and their message is clear: there’s no way Julian Jerome should become a father again!

As to the remark about his hot bod, deVry himself alluded to the love scenes prior to their airing. He let fans know that he would be having a couple of shirtless scenes in the near future and was doing his best to get in shape—it looks like the effort was a success!

Which brings about the next question, will Julian get more action in the near future?

In a word, no. Let’s just say it’s highly unlikely given his most recent interaction with Britt and Alexis Davis (Nancy Lee Grahn). Julian blew it big time this week when he blew his top after he and Britt had a little love in the afternoon. Britt revealed rather indelicately that she saw Alexis with Neil Bryne (Joe Flanigan) in a hotel corridor.

Julian’s response was to push Neil against a wall and blurt out that Alexis and Neil had slept together, with half the hospital eavesdropping. After that outburst, neither woman wants anything to do with Julian’s six pack.