The Young and the Restless Spoilers: Victoria Seeks Revenge For CEO Steal – Sets Sights On Adam 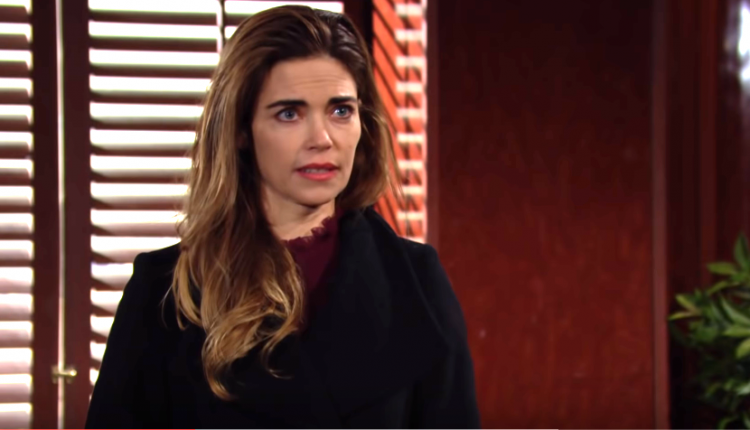 The Young and the Restless (Y&R) Spoilers hint that Victoria Newman (Amelia Heinle) will seek revenge against Adam Newman (Mark Grossman). Victoria will suffer from the decisions that Adam has made.

Victoria has come back to work and is ready to dive back in as quickly as possible, but Adam has a different idea in mind. This will lead to Adam and Victoria going head to head. Will she decide to get revenge on Adam or taking her job away from her?

Adam has been planning on getting information on Victor Newman (Eric Braeden), but when he goes to Hope Adams’s Signy Coleman farm, he gets information that he was not looking for. As he finds out that his father may have had something to do with the death of his childhood friend’s dad.

He and his friend began to do some research before they found something, and Adam plans to use the evidence against Victor. When he meets up with Victor, he gives him the proof that he was behind the death of his childhood friend’s dad. He then demands to be able to take over Newman as the CEO.

Victor may decide to go along with this, which means that he will have to kick Victoria out of the CEO position. When Victoria learns about this, she is furious with Adam and will not let this go. She will probably team up with Victor to get her position back and to get back at Adam.

This might work since spoilers say that Adam’s plans will backfire on him. He will need to seek comfort in the arms of Chelsea Newman (Melissa Claire Egan) maybe Victor was prepared for Adam to come after him and will decide to use it as a way to bring Adam down but make him think he has the upper hand.

Viewers can look forward to Adam taking over Newman and Victoria getting payback on Adam. What do you think? Will Adam get away with his blackmail? Will Victoria and Victor bring Adam down? We’ll give you updates as Y&R news comes in. Stick with the CBS soap, and don’t forget to check CTS often for the latest Young and the Restless spoilers, updates, and news.