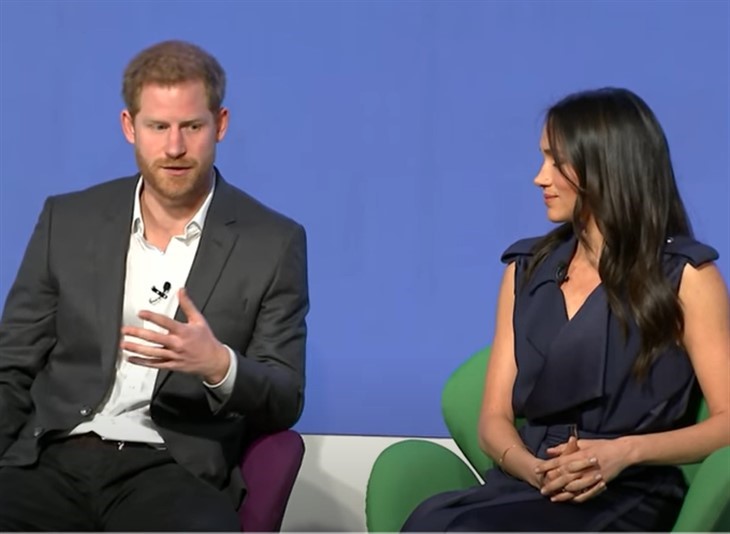 The British public has absolutely had it with Prince Harry and Meghan Markle’s blatant disregard and active disrespect of Royal traditions. For those who don’t know why, well the Duke and Duchess of Sussex have become outrageously political in the days following their move to California. The actions of Prince Harry and Meghan Markle have upset a great many people in the UK who feel that the couple has stabbed the Queen in the back while lecturing everyone else on what ought to be proper behavior.

Longstanding Royal tradition dictates that senior members of the British Royal Family do not allow themselves to become partisan. Indeed, protocol demands a strictly non-partisan role for members of The Firm. Working royals such as Queen Elizabeth, Prince Charles, Prince William, and Kate Middleton, etc. do not share their personal political views in public. Neither the Queen nor any immediate family members publicly take sides.

However, Prince Harry and Meghan Markle have thumbed their noses at just about every imaginable Royal tradition there is. The fact that Harry and especially Meghan Markle have come out firmly on one side of the American presidential race has caused incredible embarrassment to British citizens, and now a poll shows exactly how much disdain the Sussexes have earned.

According to a YouGov poll, almost half of all British citizens believe Harry and Meghan have gone much too far in their quest to “Find Freedom.” Mostly, this is because it’s obvious that Harry and Meghan planned to use their “freedom” from Buckingham Palace to pursue what seems to be an activist agenda. To many, this seems nothing more than Harry and Meghan, two privileged, spoiled brats, pretending to be more enlightened than the “unwashed masses” and acting as if their own lives are being lived in a more “correct” fashion.

While Americans might be inclined to believe that only conservative British citizens are upset with Harry and Meghan since it’s interpreted that their political activism tends to support the Democratic Party’s nominee, Joe Biden, the YouGov poll showed a great deal of bipartisan support for the idea of removing Harry and Meghan’s titles.

Indeed, those who think Meghan Markle and Prince Harry have embarrassed the kingdom include individuals who self-identified as members of Britain’s Labour Party, Liberal Democrats, and Tories.

How Most Feel About Harry And Meghan’s Behavior

While Prince Harry and Meghan Markle have their die-hard supporters, many of those who feel the Sussexes have abused their status took to social media to vent their frustration with the couple.

For example, one Youtube commentator said that “Oh yes… title retention. The single most burning issue of the world. Obscurity cannot come soon enough for these two.”

Another said, “They are well and truly cashing in on their royal status.”

Yet another furiously condemned Prince Harry and Megan Markle, saying, “Who cares about these two? They’re less relevant than gum stuck on the bottom of my shoe.”

Meghan Markle And Prince Harry Paid For Frogmore But What About Outrageous Cost Of Sussex’s Africa Trip? https://t.co/d3skYJIItt pic.twitter.com/tVIC4YJyth

The most poignant comment though came from a teacher, who wrote, “I don’t know why they (Prince Harry and Meghan Markle) have titles any longer, ‘The two royal moaners’ deserve stripping of taxpayer money and all titles.”