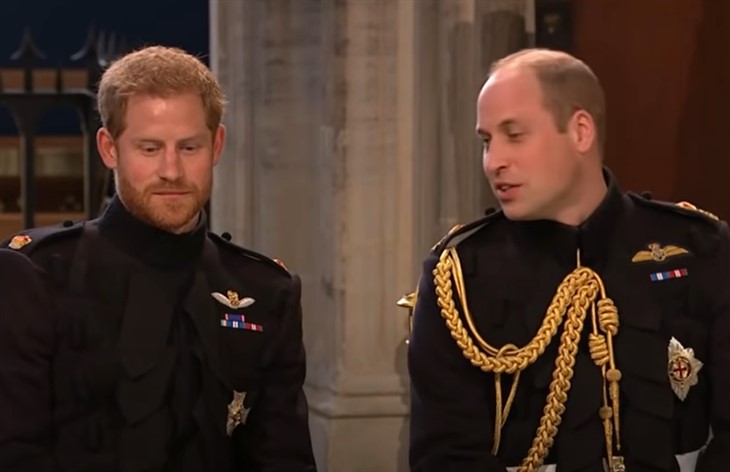 Those who have been keeping up with news concerning Prince Harry and the entire British Royal Family know that it’s been reported that the duke and his elder brother, Prince William have been at odds for some time. According to multiple sources, the story is that the feud between the two began when Prince William reportedly told Prince Harry “Don’t feel you need to rush this. Take as much time as you need to get to know this girl.”

Some have suggested that Prince Harry felt that William’s statement was condescending toward Meghan Markle and the disagreement between the two spiraled from there.

Now, there have been reports occasionally that suggest Prince William and Harry have tried to bury the hatchet, with the two brothers taking part in Zoom calls ever since the duke moved to California with his small family. However, those same reports indicated that the conversations between Prince Harry and Prince William were stilted, awkward, and uncomfortable.

Royal Expert Weighs In On Harry and William Feud

Of course, a lot of time has gone by since Prince Harry and Prince William originally got into a tiff over Meghan Markle. They say that time heals all wounds, and now at least one life coach is suggesting that because the Coronavirus has forced a separation between Prince Harry and his family, it’s given the two brothers the time they need to relax and take a chill pill.

Michael Cloonan suggested recently that Prince Harry or Prince William needs to make like ET and phone home. The life coach said in an interview with the Daily Star that, “Reaching out is as easy peasy as picking up the phone. It’s up to the person, but it is simple.”

Mr. Cloonan went on to say that there is no better time in the world than right now for Prince Harry and Prince William to begin speaking to one another on a regular basis.

Michael Cloonan might have rose-colored glasses on according to some fans who took to social media to air their own thoughts on the feud between Harry and Prince William. Not may think that Prince Harry has a leg to stand on when it comes to having a legitimate beef with his brother … and most think Meghan Markle is the poison between the two.

As one social media commentator said, “Harry may not realize it yet but he’s made the mistake of his life when he married Meghan Markle. Just look at the way she treats her own family and how she’s split Harry from his own family.”

Another said that “Harry’s body language on the bench, tells you everything. He is not the man in the relationship. He selected a partner to simulate his mother instead of being a mother to his children. Now a world of misery will descend upon him over the coming years.”

The most poignant comment though came from one commenter who wrote, “I’m sure Prince William would make peace if he could. Harry’s just too much of a hothead. Hopefully one day he can take William’s words in the spirit they were intended instead of being so juvenile.”