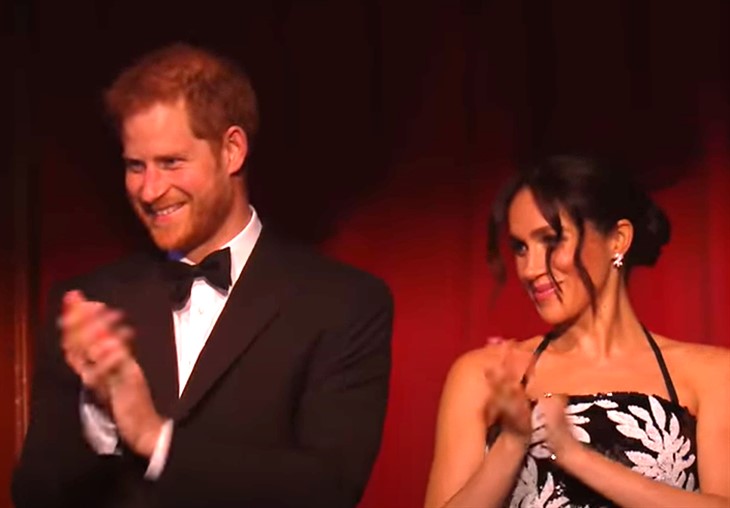 Did sneaky Harry and Meghan film their explosive UK exploits with the goal of selling the footage to the highest bidder? That’s the claim being made in the wake of their lucrative Netflix production deal, and after it was claimed yesterday that they plan to star in a reality show. It all makes sense now why the steaming giant would sign a couple of rank amateurs if they did so in exchange for the promise of salacious Netflix-y footage of them in the throes of their drama-filled pre-Megxit hostage days.

Give it up to Piers Morgan who called it when he said that the only thing of value they brought to the negotiation table was Harry’s tawdry life story; Was he right?

Yesterday a source claimed that Netflix wanted, “their pound of flesh,” as part of the Markle’s lavish production deal. They said the flesh came in the form of a “fly-on-the-wall,” (but very tasteful) type of reality show about the Markle’s.

Additionally, the source claimed that the couple would do a program based on their charity work, which seems impossible given that so far we’ve seen them doing charitable work in L.A. a total of about three times.

The pair swiftly rebuked that claim but it’s what they didn’t say that is more revealing than what they did say. Their spokesperson stated that the pair are not doing a “reality show,” but there was no denial that they plan a show about themselves. The words were smooth but totally transparent.

Harry Promised His Grandmother, The Queen, That He Would Not Embarrass The Family Or Trade On His Royal Status

Does it matter that Harry and Meghan agreed, as a part of Megxit, not to shill based on their royal connections? It does not. Harry and his wife have shown in spades that they are willing to throw the family, and the entire UK, under the bus to achieve their goals.

That’s why the latest claim that these two will use sensational video footage recorded during their turbulent UK days rings completely true.

According to the latest claim, the pair’s representatives are thought to have informed Netflix that they have hours of personal video they can use to document their tortured path to freedom in the US.

Prince Harry And Meghan Markle Broke Promise To Queen Elizabeth About THIS Activityhttps://t.co/KwHIxjcXa0

This is in direct contrast to their claims that they plan to make “worthy” documentaries and children’s programming. Then again, I have no trouble believing that they consider their trials and tribulations to be educational and worthwhile viewing.

Days Of Our Lives Spoilers Next Week: Eli Begs Kristen For Help! Lani in Serious Trouble With DA Trask?