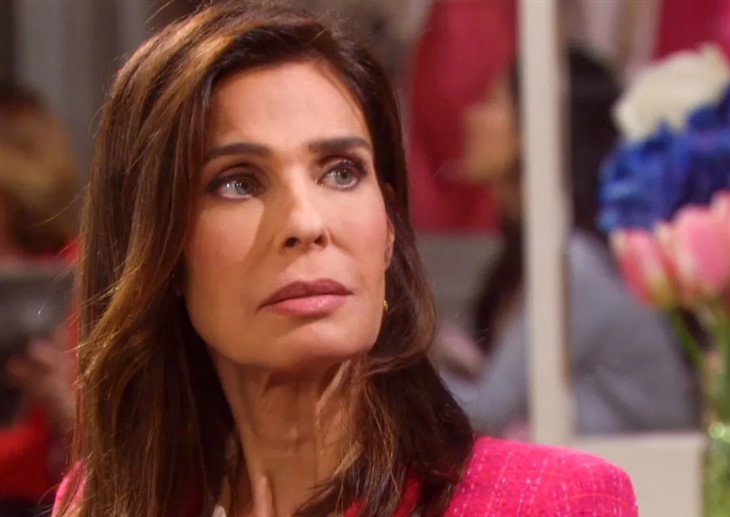 Days of Our Lives spoilers for the week of October 5 reveal that Vincent Belman (Michael Teh) will be tracked down. He ends up revealing Ciara Brady Weston’s (Victoria Konefal) fate to Ben Weston (Robert Scott Wilson) and Hope Brady (Kristian Alfonso). With Hope disappearing soon, could she end up leaving to go search for Ciara after Vincent’s revelation?

DOOL spoilers reveal that Ben and Hope will finally track down Vincent. They will demand answers, especially after Ben’s vivid dreams and Hope to realize that the lab results didn’t make sense. Now, the detectives on the scene told Hope that there was no way that Ciara could have survived that explosion, but Hope knows the lab results indicate she might not have even been in the car at the time of the blast.

When Hope and Ben get a lead on Vincent, they go to track him down and actually do find him. A sneak peek photo in Soap Opera Digest shows Ben with his hands around Vincent’s neck. However, Vincent isn’t worried or panicked. He looks cool as a cucumber, which indicates he has more up his sleeve.

Days of Our Lives spoilers for the week of October 5 tease that Vincent will reveal Ciara’s fate to Hope and Ben. However, can he really be trusted to tell the truth? Not only is he evil and sinister, but Dr. Wilhelm Rolf’s (William Utay) protege also has a personal vendetta against Ben. Plus, he is a certifiable madman!

It was previously stated by Alfonso that her last episode will air on October 14. So, how will her disappearance be explained? Well, with both Hope and Ciara being off-screen, it would make sense that Vincent gives the indication that Ciara is alive. That would certainly make Hope leave Salem to try and track down her daughter. But is it really the truth and how long until we know for sure what happened to Ciara?

What do you think is Ciara Brady Weston’s fate? Does Vincent Belman end up telling the truth about where she is? Will Hope Brady leave Salem to go find her daughter and if so, why doesn’t Ben Weston go with her? We will have to keep watching the NBC soap opera to find out.